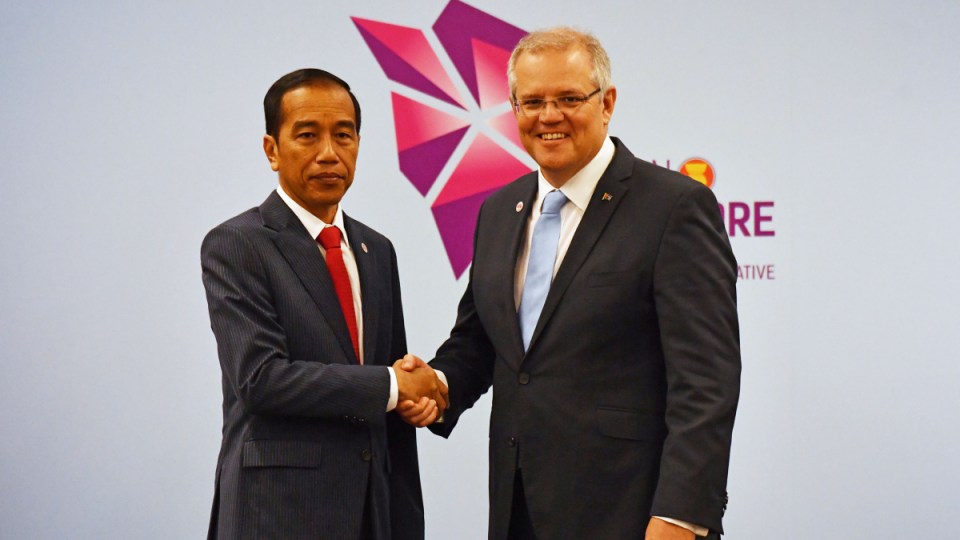 PM Scott Morrison will assure Joko Widodo that the trade deal is on track. Photo: AAP

Scott Morrison will assure Indonesian President Joko Widodo that Australia is on track to hold up its end of a trade deal reached between the two countries.

The prime minister will meet the president in Jakarta on Sunday ahead of Mr Widodo’s inauguration for his second term in power.

The talks at the presidential palace are expected to strongly focus on trade, with each side updating their progress on ratifying the new bilateral agreement and also discussing the 16-nation Regional Comprehensive Economic Partnership which is hoped to be struck by the end of the year.

Labor has indicated it will support this – despite pressure from unions who oppose the deal – although is seeking some tweaks which Trade Minister Simon Birmingham expects can be finalised early next week.

“When I see President Widodo tomorrow, I can assure him that we are absolutely on track and I would believe the same is the case there,” Mr Morrison told Liberal Party members in Canberra on Saturday.

He is also expected to talk about bilateral co-operation on security issues.

The leaders have a strong personal working relationship and are likely to discuss ways to work together in the coming years.

He is also seeking other bilateral meetings during the day-long visit.
Leaders or senior officials from at least 18 countries are attending the inauguration.

These include the leaders of Malaysia, Singapore, Brunei, Vietnam, Myanmar and the Philippines, and the vice-premier of China.