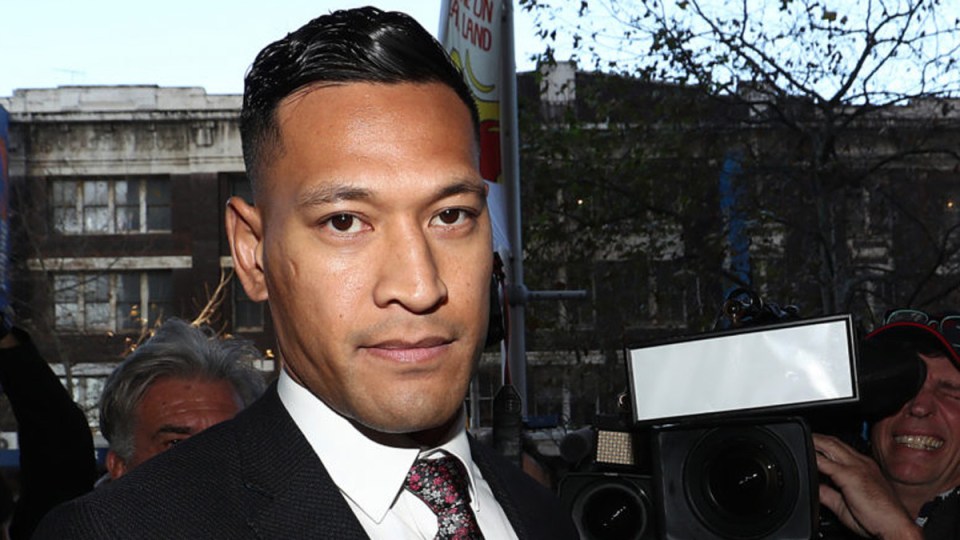 Israel folau has no regrets for the homophobic post that cost him his career. Photo: AAP

Israel Folau says he knew telling homosexuals they were destined for hell would be “offensive” but would “absolutely” repeat it.

The rugby union star was a headline speaker at the national conference of the conservative Australian Christian Lobby on Saturday, telling the hundreds in attendance about the controversial social media posts that led to his sacking in May.

“I knew it was going to be offensive to a lot of people,” he said, in comments reported by multiple media outlets.

He said he would “absolutely” do it again, adding his real conversion to a born-again Christian had led to his change in social media use.

The 30-year-old, who has also played rugby league and AFL at the highest level, is fighting Rugby Australia in a federal court over the termination of his $4 million contract.

Among his social media posts while a Rugby Australia employee, Folau claimed transgender people were evil and paraphrased a Bible passage saying “drunks, homosexuals, adulterers, liars, fornicators, thieves, atheists and idolators” would go to hell unless they repented.

He has been closely linked to the ACL since his sacking.

After GoFundMe dumped Folau’s fundraising page for legal fees, the organisation stepped in to host the appeal. It raised $2 million within 48 hours.

In turn, Folau and wife Maria have helped promote the ACL’s national conference dubbed Not Ashamed.