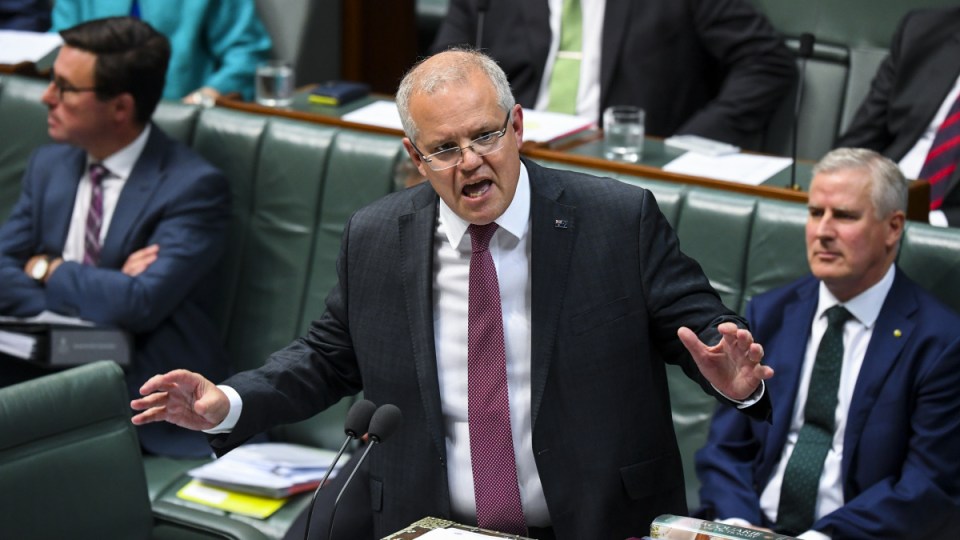 Scott Morrison has stressed the need to hold the line on border security. Photo: AAP

The prime minister has berated “naivety” about border security as he seeks to unwind laws governing refugee medical transfers.

Scott Morrison is looking for Senate support to scrap the so-called medevac scheme for people in offshore detention.

“There is this naivety that you can change the rules and they think it won’t have any impact – well of course it will,” he told 2GB radio on Friday.

“The minute you show that you’re prepared to crack it, well, that’s when you start losing and Australia can’t afford to lose on border protection.”

A Senate committee investigating the repeal bill is due to release its report on Friday.

The government-dominated committee is guaranteed to support the repeal, with opposition parties expected to hand down dissenting reports.

Senate crossbencher Jacqui Lambie has indicated she will take time to digest the report before casting her deciding vote next month.

However, she has indicated the situation in Syria could influence her position, raising concerns the conflict could trigger an influx of asylum seekers.

Mr Dutton hoped the committee report would clear up any questions Senator Lambie had about the repeal bill.

“As I said yesterday, there are people coming to our country who are of poor character and who shouldn’t come here, that have only come here because of the medevac laws that Labor passed,” he told reporters in Canberra.

“That any government, Liberal or Labor, could be compelled to bring people into our country of bad character is completely unacceptable.”

The medevac laws allow the minister to block transfers based on national security grounds, but Mr Dutton argues these discretionary powers are too narrow.