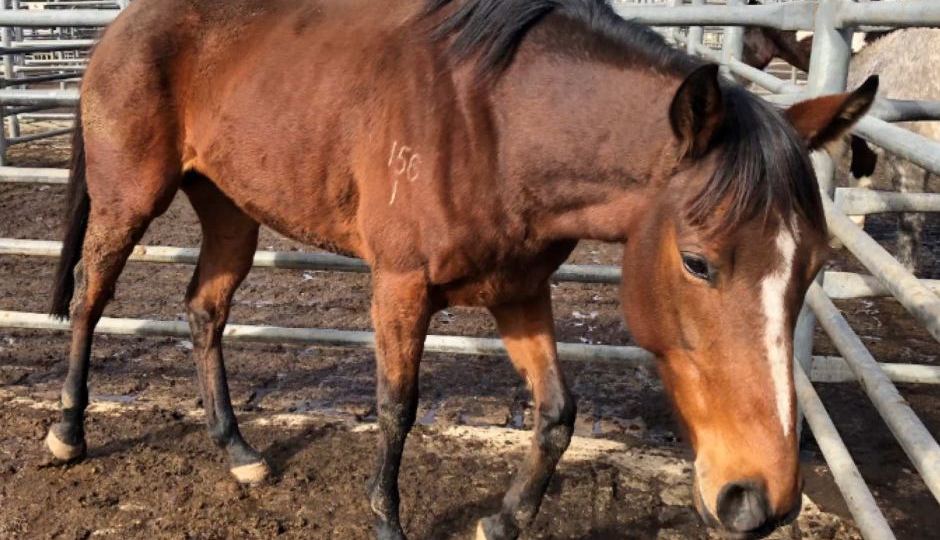 Hundreds of Australian racehorses are ending up at abattoirs and knackeries each year. Photo: ABC

Racing legends have offered grim predictions for the future of their sport after an explosive ABC expose of alleged mistreatment of horses in the industry.

Graphic footage shown from inside one of the abattoirs showed former racehorses being kicked, dragged and shocked on their way to their deaths.

Former top trainer Lee Freedman was among those shocked at the revelations, saying he was “broken-hearted” at the footage.

“If we don’t make real changes, the court of public opinion will bury racing,” he tweeted on Friday morning.

I am broken hearted at the ABC report. If we don’t make real changes the court of public opinion will bury racing.

His reaction was echoed by jockey and trainer Michelle Payne (the first woman rider to win the Melbourne Cup) and leading jockey Jamie Kah:

“I’ll have nightmares forever after seeing these poor defenceless horses be tormented in these abattoirs,” Kah wrote. “How can these people working there sleep at night?”

Heartbreaking to watch! I have two off the track thoroughbreds and probably end up with a whole lot more ❤️❤️❤️ we need to make sure this stops!

Much of the most graphic footage shown on 7.30 was shot at the Meramist Abattoir, in Caboolture, north of Brisbane.

“You’re going to die, you ——- maggot,” an abattoir worker is heard screaming at a horse in one of the videos.

“They’ll be working, I understand, with Queensland Police Service to retrieve any extra footage that was not screened by the ABC,” Mr Hinchliffe.

“They’ll seize all the information they can, they’ll take action against people who committed cruelty against animals.”

Meramist slaughters mixed livestock, including an estimated 500 horses a month.

“[The meat] goes to various countries in Europe, it goes to Japan, and Russia’s a big importer as well.”

Racing Australia’s official data shows about 34 horses every year end up at knackeries – less than 1 per cent of retiring racehorses.

But the Coalition for the Protection of Racehorses, which provided much of the footage to the ABC, said up to 220 horses were dying at the Queensland abattoir every week. On average, 56 per cent were racehorses.

“With another abattoir that also kills horses and another 33 knackeries, we estimate the real number to be more than 10,000 [a year],” Mr Celotto said.

Slaughter of racehorses is not illegal in Australia but it is against Racing NSW policy and rules, which state that all retired racehorses should be rehomed.

7.30 used horses’ brandings and scans of microchips to cross-match animals in the abattoir to the industry’s official online record of thoroughbreds, the Australian Stud Book.

It said about 300 racehorses went through the Queensland knackery in just 22 days. They had won combined prize money of almost $5 million.

I just got off the phone with Laura Cheshire, a jockey who rode War Ends for a year and tried to rehome him four times. She thought he was safe only to watch him be slaughtered and tortured on national television last night. She is DEVASTATED. #abc730 @newscomauHQ pic.twitter.com/l7bficfYmt

“The racing industry has hidden behind bogus studies they commissioned and data collected from a compulsory retirement form claiming that less than 0.5 per cent of racehorses are sent to slaughter,” he said.

“They have now been proven wrong.”

But Racing Australia CEO Barry O’Farrell said on Friday he still believed only about 1 per cent of former racehorses ended up in abattoirs.

“At that point, we can no longer track them.”

He said he supported a national scheme that would trace racehorses throughout their life. He went on to question the tactics of the activists.

“The program said the activists had been taking vision for a number of years. Why wouldn’t they have blown the whistle earlier to stop this inhumane treatment?”

“Where are the state government inspectors, not just in Queensland but across the country?”

“Racing NSW calls upon the Queensland government … to take the strongest possible action against the alleged perpetrators of such cruelty,” he said.

“Such conduct and any mistreatment of horses is not tolerated in the NSW thoroughbred racing industry.”

NSW Racing Minister Kevin Anderson said if animal cruelty legislation has been breached then “there are options available”.

“Anybody who has either breached the rules of racing or committed animal cruelty should be brought before the courts and feel the full force of the law,” he said.

Racing Victoria chief executive Giles Thompson said he was “sickened by the horrific images”. He also called for a national horse traceability register.

Animal welfare and behaviour scientist Professor Paul McGreevy told the ABC there was no way the industry could defend the slaughter.

“This is a clear breach of everything the industry has told us,” he said.

The CPR is planning protests at racecourses in Melbourne and Sydney this weekend.