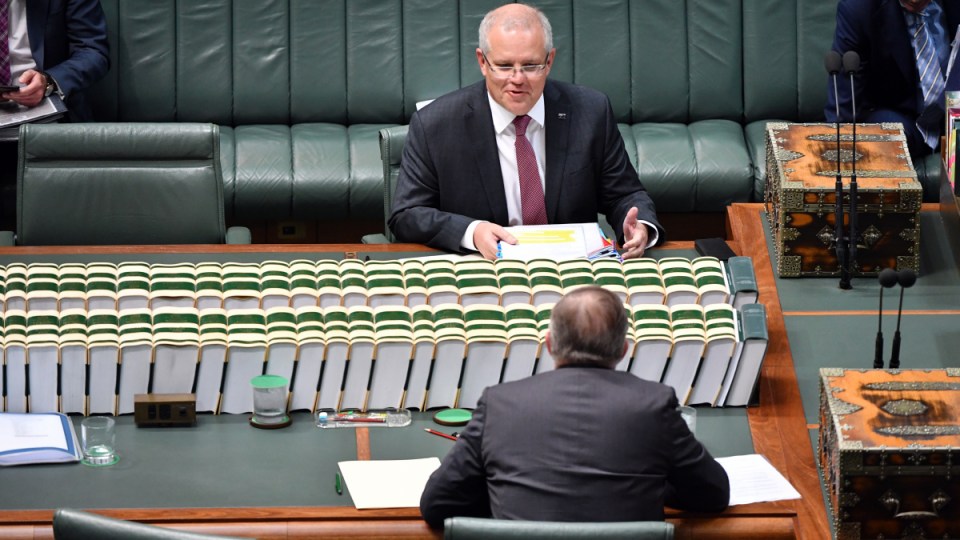 Scott Morrison has accused the Labor Party of being addicted to “panic and crisis” in a withering attack on Anthony Albanese’s call to debate the economy.

Urging the Labor leader to stick to cleaning up the Aldi bag donations mess within the NSW ALP and develop a policy on climate change, the Prime Minister hit back in question time.

“I know that the Labor Party’s penchant is for panic and crisis, Mr Speaker. But, honestly, he’s got to try to resolve the panic and crisis that is going on within his own party on so many issues,” Mr Morrison said.

“As I remarked in this place some time ago, the Leader of the Opposition, he wants to have debates. I’m getting on with things.

“But how can the Leader of the Opposition have a debate when he can’t tell us what his tax policy is, what his climate change policy is, or any other critical issues that he fails to answer questions on a daily basis? He hasn’t got a policy agenda, Mr Speaker.”

During question time Mr Albanese repeatedly peppered the PM with questions on why he will not debate the economy with Labor in Parliament.

“Is that because the Prime Minister only wants to listen to himself?” Mr Albanese asked.

“Will the Prime Minister agree to a debate on the economy today, or doesn’t he have the confidence in his own economic management?”

But Mr Morrison hit back.

“He’s got his own problems when it comes to the distractions of the New South Wales branch, where I see compensation payments are measured in how many Aldi bags they’re handing out.”

The NSW ALP secretary Kaila Murnain quit today with a $700,000 payout after a scandal over allegations a banned donor dropped off $100,000 to the party in an Aldi bag.