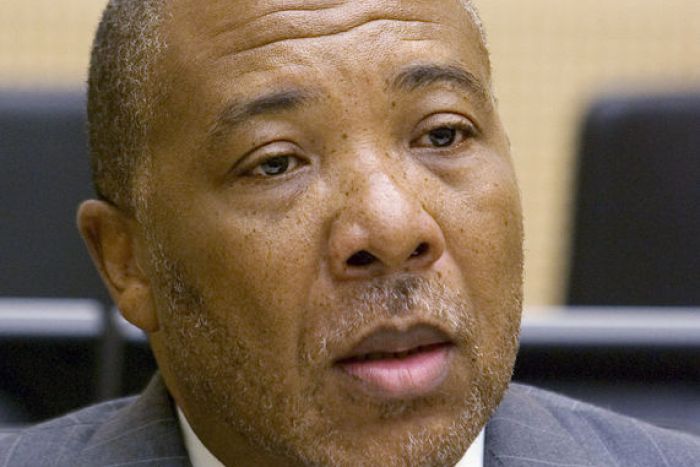 Former Liberian president Charles Taylor is a convicted war criminal who was sentenced to 50 years in jail. Photo: ABC

Crown Casino is again in the spotlight amid allegations it allowed a gambler who was on a United Nations sanctions list to spend millions in its Melbourne and Perth gaming rooms.

Joseph Wong Kiia Tai was on a list banning him from travelling after the UN froze his assets in 2004 when he was accused to providing military and financial support to a Liberian warlord, according to documents seen by the ABC.

The UN states that Mr Wong was an arms dealer in contravention of a UN resolution and that he “supported former president Taylor’s regime in an effort to destabilise Sierra Leone and gain illicit access to diamonds.”

Charles Taylor was later indicted at The Hague for atrocities including murder, terror and rape.

Despite the blacklisting, Mr Wong was able to enter Australia and gamble in Crown’s Melbourne and Perth casinos.

It’s understood he travelled as a junket guest.

The sanctions were lifted in 2015. It’s alleged Mr Wong lost more than $6 million gambling at the Australian venues between 2010 and 2018 after reportedly travelling to Australia on private jets.

Department of Home Affairs told the ABC on Thursday it was aware of the allegations and reiterated that it “thoroughly” investigated potential “misuse of the visa system”.

Crown said it “has no interest in being used by criminal elements” and cooperated with police and regulatory authorities.

The Victorian government has reportedly asked the Victorian Commission for Gambling and Liquor Regulation to examine the allegations.

-With ABC and AAP

Crown Casino is facing new allegations about its highroller business