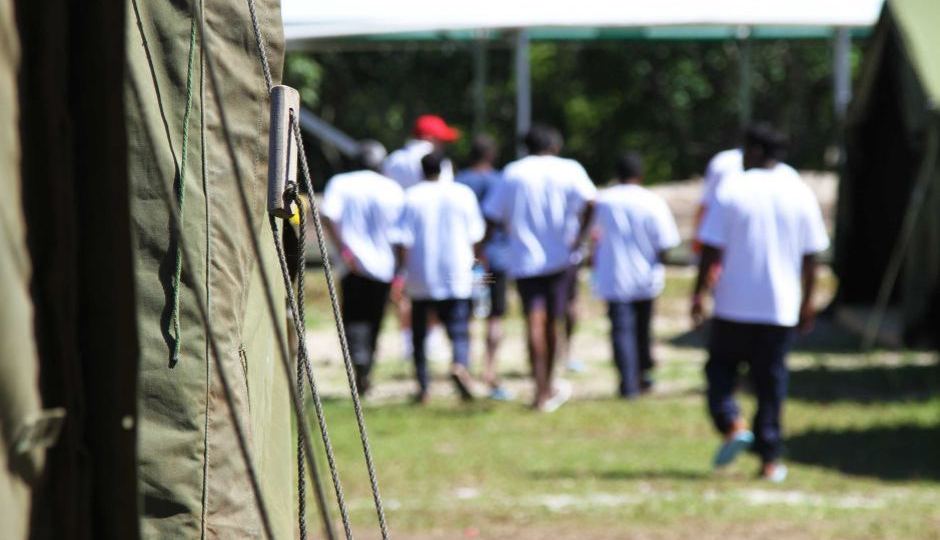 Peter Dutton has banned the father of an asylum seeker from coming to Australia, using powers under medevac laws. Photo: AAP

The Home Affairs Minister will use his powers under the contentious medevac legislation to refuse to allow the father of an asylum seeker to accompany her to Australia for medical treatment.

The 21-year-old daughter will travel to Australia from Nauru for psychological assessment.

She has reportedly refused to travel without her father.

Peter Dutton tabled documents in parliament detailing his decision on Wednesday regarding the father, whom he alleges would expose the Australian community to a serious risk of criminal conduct.

They can generally be accompanied by family members.

However, the Minister can reject transfers on national security grounds.

Mr Dutton has approved the Iranian woman to travel, along with her brother.

However, he has received intelligence that the pair’s father had a history of violence and was allegedly involved in drug importation and prostitution.

Mr Dutton told parliament on Wednesday the man had a history of violent and manipulative behaviour, including allegations of physical assault against his children.

Labor home affairs spokeswoman Kristina Keneally said his decision proved the so-called medevac laws were working as they should.

“Why did Scott Morrison and Peter Dutton claim people of bad character could be transferred to Australia under medevac when it’s clear they have the powers to deny such transfers?” she said.

“Peter Dutton is so desperate to distract from the 95,000 aeroplane people who have arrived on his watch, he’s boasting about using a power Labor ensured was in place to keep security threats out of the country.”

The Morrison government wants to scrap the refugee medical evacuation laws, which were passed before the May federal election.

It has previously warned the laws will lead to a flood of asylum seekers coming to Australia from Nauru or Manus Island. However, in June, Mr Dutton conceded “only just over 30” refugees had been brought to Australia under the legislation – fewer than came under old laws during the same period.

The Coalition has been lobbying Senate crossbencher Jacqui Lambie for her support to repeal the law.

Senator Lambie has said the deteriorating situation in Syria may prompt her to support the repeal.

A Senate Inquiry into the legislation will be handed down on Friday. However, the Senate will not vote on repealing the law until it sits again in November

Dutton to use medevac powers to deny refugee entry to Australia