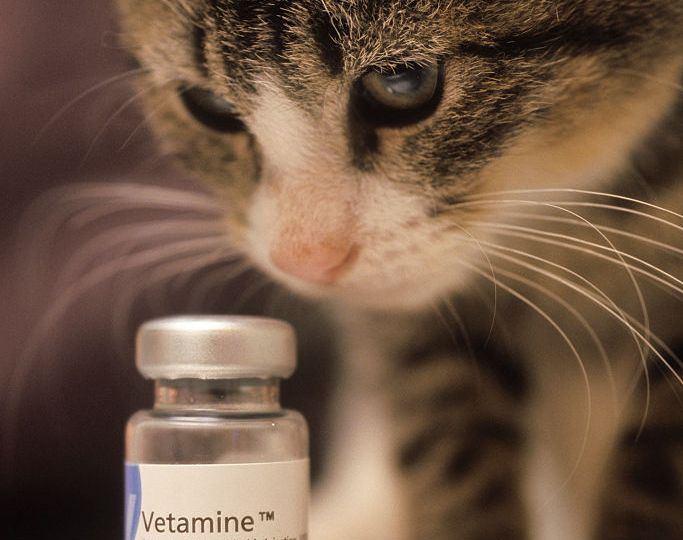 Ketamine is used as an animal tranquilliser. Photo: Getty

A horse tranquilliser turned party drug has become a favourite of young people who use drugs looking to get high, while more Australians are also getting their hands on expensive cocaine.

Two out of every five regular drug users surveyed as part of a research paper to be released nationally on Wednesday admitted to using the drug ketamine in the past six months.

Five years ago, 18 per cent of the people surveyed – fewer than one in five – reported recent ketamine use.

Victoria has become the state with the highest use of ketamine.

When taken illegally, the dissociative drug can produce psychedelic effects and distort a person’s sense of reality, causing them to see, hear, feel or taste things that aren’t actually there, or create a feeling of detachment from their environment.

Despite the trend towards the tranquilliser that is more commonly used by veterinarians or doctors, ecstasy remained the most common drug taken at music events, according to the data.

Cocaine has also been significantly on the rise, with 67 per cent of respondents reporting snorting the powder – although, like ketamine, users reported only having it once in a while rather than daily.

Researchers behind the study into Australians’ drug habits have called for special overdose training for people who socialise in places where drugs are prevalent.

It comes as the New South Wales government considers a draft of coronial recommendations over the drug-related deaths of six festival-goers.

Recommendations include allowing pill testing at music festivals, scrapping the use of sniffer dogs and amending strip-search laws.

Reverend Simon Hansford, the moderator of the Uniting Church in NSW and the ACT, told the Sydney Morning Herald his organisation would make church sites available if the government approved community-based pill testing.

“This advocacy is not just theoretical; we would be willing to work with the authorities to provide a place where drugs can be checked, as part of a wider effort to curb unnecessary deaths at music festivals and elsewhere,” Reverend Hansford told the SMH.

In this year’s survey by the National Drug and Alcohol Research Centre (NDARC), researchers interviewed 797 people who regularly used ecstasy and other stimulants from every capital city in Australia.

Most of the participants were young men who had completed a post-school qualification.

In a sample of regular drug-takers from Hobart, 17 per cent said they used ketamine, compared to a whopping 84 per cent of drug takers in Melbourne.

Program lead Dr Amy Peacock said there were “indications of increasing popularity of ketamine and LSD in recent years”.

“For the last few years, since around 2012, we’ve predominantly seen higher rates in Victoria,” Dr Peacock told The New Daily.

However, she said even though data showed ketamine was becoming more popular in Victoria, most of those sampled said they only used it once a month or less frequently.

She also said it was important to note that in a 2016 survey of Australia’s general population, less than one per cent of people had used ketamine that year.

Ketamine use on the rise among festival-goers: NDARC survey