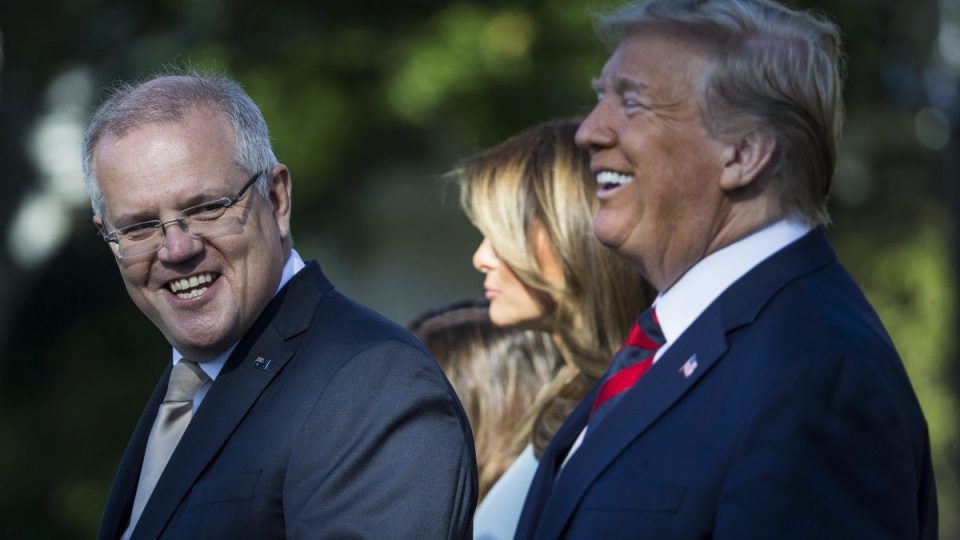 Scott Morrison with Donald Trump in the US in September last year. Photo: Getty Photo: Getty

Activist group GetUp! has accused the Morrison government of trying to be “Trump-lite”, twisting facts to suit itself and seeking to silence critics by any means.

GetUp! boss Paul Oosting defended the grassroots campaign organisation and said it was needed to give voices to a community that has an alarming level of despair about politics and democracy.

While Australians had long held a healthy scepticism about politicians, what GetUp!’s volunteers found during tens of thousands of conversations with people during the election was a much deeper anger with the whole system.

“What we found was alarming: it’s as if something has snapped,” Mr Oosting told the National Press Club in Canberra on Wednesday.

“We were shaken by the depth of hopelessness and cynicism across the community – like politics is something that’s been tried and failed and they’ve given up.”

If @ScottMorrisonMP wants us all to sit down, shut up and become quiet Australians who let you do whatever you like without being challenged, then our message is this.

GetUp’s million members won’t be silenced. Politics is for everyone, and we love our democracy.

Across the world, democracy was under attack from “right-wing authoritarian populists” who undermined traditional institutions, weakened the rule of law and destroyed democratic norms.

“I don’t believe for a minute that Australians want a Trump-lite prime minister, but week by week we’re seeing more signs of this government fashioning itself on the authoritarian populist playbook,” Mr Oosting said.

“We see him imitating Trump’s absolutism with the obliteration of complexity in the political debate. You either agree with him, or you’re an enemy.”

GetUp! had found itself at the pointy end of this with the Coalition instigating multiple inquiries into its operations by the electoral commission, the tax office and parliamentary inquiries.

“The point of all these inquiries and attacks isn’t even to get a finding against GetUp! – they never have. The point is to smear, discredit, cast a slur and raise doubt.”

Mr Oosting defended the organisation from complaints made in the aftermath of the May election about heavy-handed and sexist tactics in the campaign in South Australian seat of Boothby, held by Liberal Nicolle Flint, saying they were a completely false, deliberate smear with no evidence to back them up.

He said while GetUp! did take some positions against Liberal Party, it also opposed MPs from other parties and sometimes worked with Liberals, as in the marriage equality campaign.

And it was willing to work with Prime Minister Scott Morrison, “if you’re serious about being a leader for our times”.

“But if you just want us all to sit down, shut up and become the quiet Australians who let you do whatever you like and never challenge you, then our message is this: GetUp!’s million members won’t be silenced,” he said.