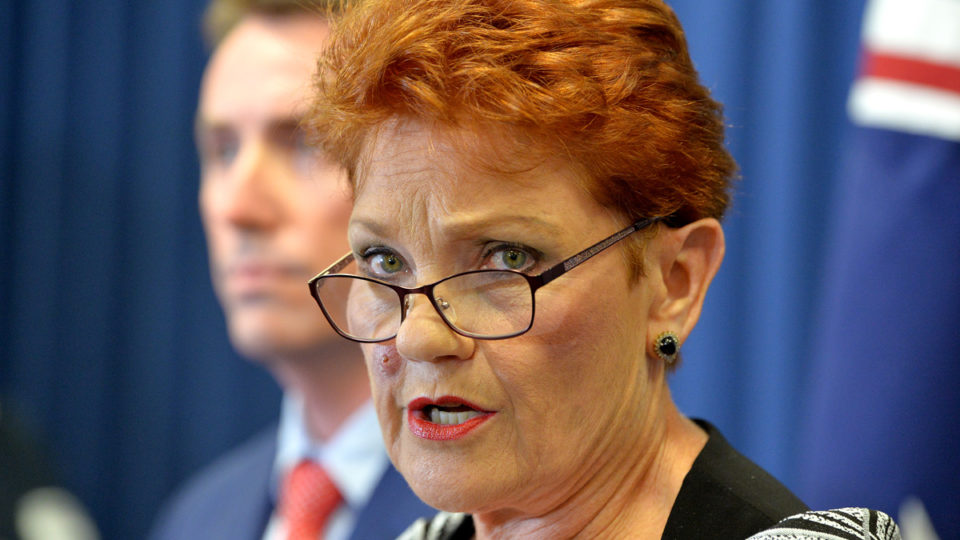 Pauline Hanson is staring down calls to cancel a parliamentary inquiry into the family law system.

The One Nation leader, who will be deputy chair of the inquiry, has attracted widespread criticism for suggesting women lie about domestic abuse during custody battles.

“Why is everyone so worried about it?” Senator Hanson told Sky News on Tuesday.

The Greens are joining domestic violence survivors and representatives from women’s services in calling for the family law court inquiry to be dumped.

Federal politicians have been inundated with emails from survivors, saying they don’t feel safe about fronting the inquiry and its very existence makes them feel less safe.

“A lot of people are verifying what I’m saying, so don’t shut me down, I’m just putting the truth out there,” she said.

“If these people are so afraid of what evidence may be given in that hearing, don’t blame me, this is what’s happening in our system.”

Labor will support the Greens’ motion to dissolve the inquiry, while discussions with the Senate crossbench are continuing.

Senator Hanson said she had first-hand experience with the family courts as a wife, mother and grandmother.

The Queensland crossbencher said the government had not asked her to tone down her rhetoric after stirring controversy.

“No one is going to tell me to tone down what I’m saying,” Senator Hanson said.

“People want a strong voice and it’s not about toning it down, it’s about being realistic, and you have to expose what the problems are.

“A lot of people are relying on my having this voice to give them hope for the future and I have been inundated, people thanking me for being involved in this and pushing it, I want the truth.”