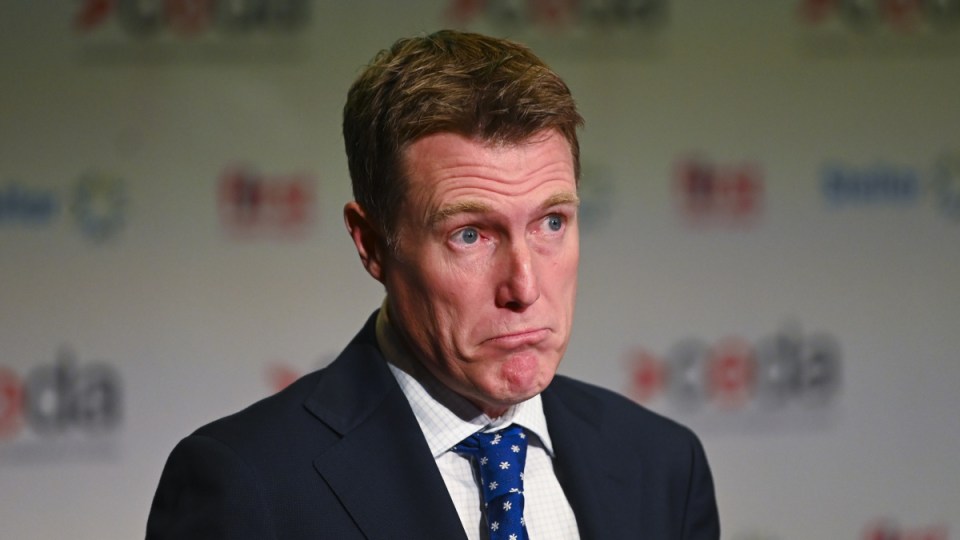 Christian Porter played down the error in an interview on the ABC, saying 'these things happen'. Photo: AAP

Talking points are a reality of modern political life, a bane of journalists, and both an aid and a shackle for backbenchers.

Not so as politicians returned to Canberra on Monday for another parliamentary fortnight and the Prime Minister’s office accidentally circulated the Coalition’s talking points to the entire press gallery, highlighting some of the government’s perceived vulnerabilities.

The extensive document covers a broad range of topics, including drought assistance, a banking inquiry and climate change targets.

It contains a series of anticipated questions from journalists on potential weak spots, including the lack of a national drought policy, rising carbon emissions and inadequacy of the Newstart allowance.

“If asked about the trial being likened to a Russian plan to send people who test positive for HIV to an island…” a cheerful section on the drug testing of welfare recipients starts.

As television and radio hosts made light of the blunder, Attorney-General Christian Porter denied it was an embarrassment.

“I didn’t know that they were [distributed],” he told ABC radio on Monday.

“These things happen from time to time.”

The document isn’t just political spin – its 8200 words also include basic factual information such as the contents of the government’s “big stick” energy legislation, and that Prime Minister Scott Morrison visited Fiji over the weekend.

Insiders say this level of detail suggests those higher up in government don’t trust their backbenchers to be across what’s going on.

Political opponents were making hay with the blunder.

“Oh no! Someone leaked my talking points to the whole press gallery!” Greens senator Nick McKim tweeted, with a photo of a document that said “The world has 12 years to deal with climate change” repeatedly.

The Coalition talking points accidentally mailed out today are extensive! Basically a cheat sheet for MPs This bit is good: pic.twitter.com/S06wfCKiix

And Labor’s Andrew Giles picked up on it during parliamentary debate on Australia’s visa system.

“I look forward to hearing from the Member for Ryan in this regard and I note he won’t be assisted by the talking points, which don’t seem to acknowledge that this is a major issue for the government.”

Labor is likely to use the briefing to needle the government during the theatre of question time.

But no matter how extensive the notes to prepare MPs are, there will always be some who ignore them entirely.

“You know they’re dilly-dallying – you know they’re looking out for the green faction, the Mark Butler Booroolong Frog faction,” Barnaby Joyce told the Seven Network about Labor and dams.

It was a darn sight more interesting than the approved line: “We are delivering the funding needed to fast-track construction of dams and other critical water infrastructure.”