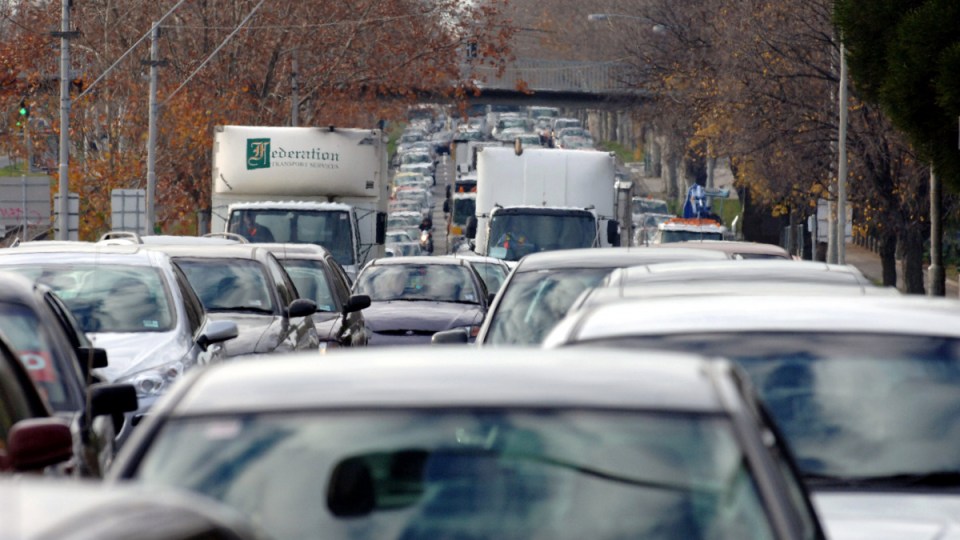 Melbourne's roads have topped the most dangerous in Australia's capital cities. Photo: AAP

A call for Australian cities to introduce a congestion tax to combat CBD gridlock has fallen flat with leaders in the country’s most populous states.

NSW Premier Gladys Berejiklian was quick to rule out the idea, saying better public transport was the key to tackling traffic congestion in Sydney – rather than taxing drivers heading into the CBD.

The Grattan Institute wants the country’s major cities to follow the example of global hubs such as London and Singapore and bring in congestion taxes. In a report released on Sunday, the think tank said new technology meant such a charge would be the easiest, cheapest and most effective way to reduce city traffic.

The report predicts a tax would mean 40 per cent fewer cars on roads during peak hour and a 1 per cent speed increase across a city’s road network – similar to speed increases from major road projects.

Lead author Marion Terrill said there had been a “significant reduction in traffic” during peak hour in cities such as London, Singapore and Stockholm after congestion charges were introduced.

“The best way to reduce congestion into the future is to build major public transport projects,” she said in western Sydney on Monday.

“Our state’s seeing more investment in public transport than ever … That’s what we’re aiming towards, not a congestion tax.”

The idea has also been rejected by NSW Transport Minister Andrew Constance, who said since 2015 there had been a 13 per cent drop in the number of vehicles entering Sydney’s CBD.

“I expect this trend to continue as we open more public transport projects, including the CBD Light Rail and City and Southwest Metro, which will make it even easier for people to get around on our public transport network and leave their car at home,” he said.

“We are not putting tolls on existing roads,” he told ABC radio.

However, there is support for congestion taxes from other authorities.