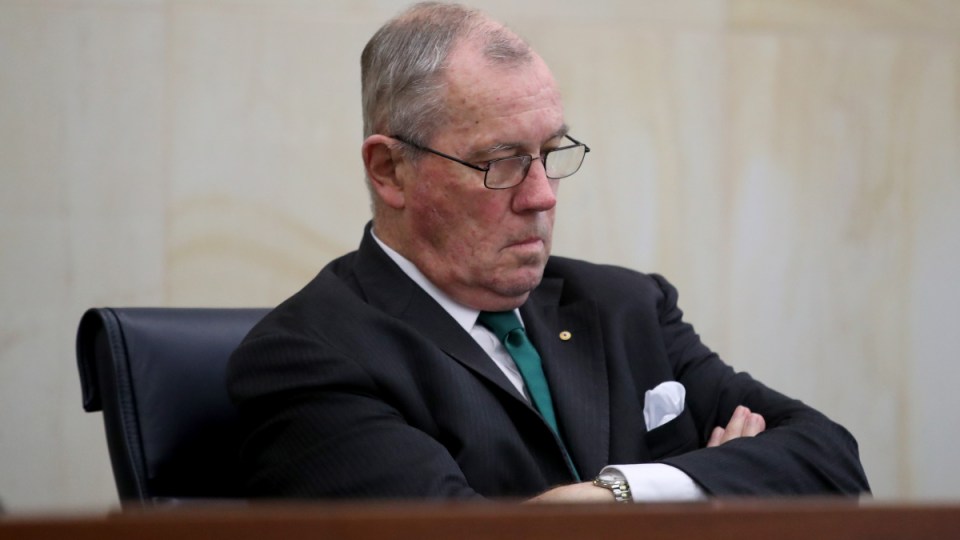 The chair of the Royal Commission into Aged Care Quality and Safety Richard Tracey QC has died. Photo: AAP

The chair of the royal commission into aged care, Richard Tracey QC, has died, just seven weeks after being diagnosed with terminal cancer.

The former Federal Court judge died on Friday in the US, aged 71.

He was in California to be treated for terminal cancer diagnosed only seven weeks earlier.

Commissioner Lynelle Briggs announced the news on Monday, at the opening of the third week of hearings in Melbourne.

She described the news as a “complete shock”, and paid tribute to Mr Tracey as someone who was prepared to “take a punt” to help older Australians.

Ms Briggs said Mr Tracey continued working on the inquiry’s interim report after his terminal diagnosis while in California.

She said few people ever had the privilege to be a royal commissioner but Mr Tracey was made for it.

“He was experienced. He was wise. He was admired,” she said.

“He knew the law like the back of his hand.

“He was prepared to take a punt if it meant getting a better outcome for older Australians.”

Ms Briggs said the commission’s interim report, to be released on October 31, would be one of Mr Tracey’s many legacies.

“It was Richard who labelled aspects of the aged care system cruel and unkind, after two particularly gruelling days of evidence in Darwin,” she said.

“It was Richard who encouraged me to drive our policy agenda beyond change at the margin to transformative change, given the degree of substandard care that was apparent to us.”

Mr Tracey was genuinely interested in people and their circumstances, she said.

“He was such a nice man and everyone loved him.

“He was a thoughtful and considerate man.”

The new chair of the royal commission Tony Pagone QC said Mr Tracey’s work on the inquiry was solid, selfless and significant.

“He was a remarkable man, as everybody who knows him testifies,” said Mr Pagone. He was appointed as the third royal commissioner last month.

Mr Pagone said Mr Tracey had a distinguished career as a lawyer and jurist.

“He had a selfless drive and energy which he blended with good humour and compassion.”

Mr Tracey was a Federal Court judge from 2006-2018 and served in the Australian Army for almost 40 years.

The royal commission held a minute’s silence to honour Mr Tracey after announcing his death on Monday.

He is survived by his wife, Hilary, and their children Jack, Philip, Fiona and Rosie.