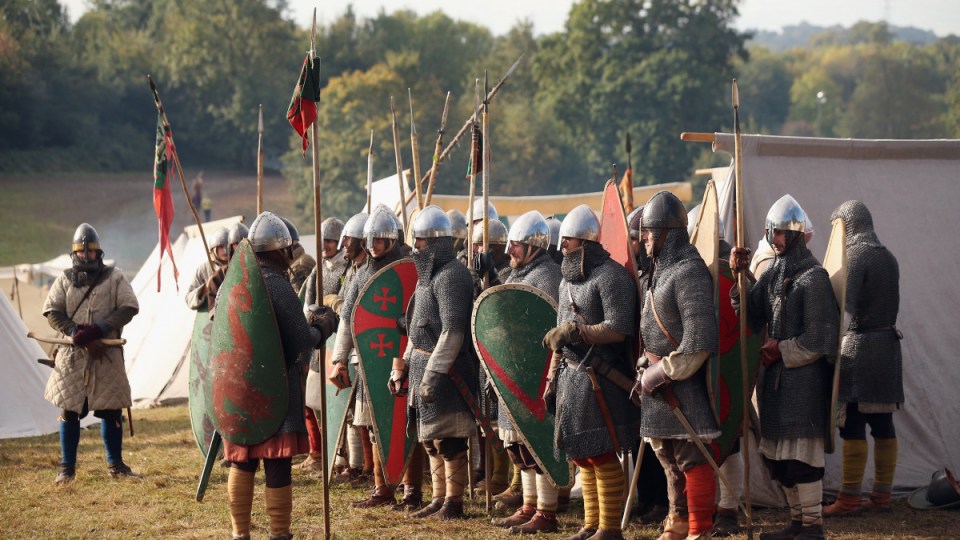 Actors recreate the Norman soldiers preparing for the Battle of Hastings. Photo: Getty

On October 14 in 1066, England fought one of its most famous battles in history – the Battle of Hastings.

It was fought between the Norman-French army led by William, the Duke of Normandy, and an English army under Anglo-Saxon King Harold Godwinson near Hastings in the United Kingdom.

The battle was sparked by the death of King Edward the Confessor, who died in London in January 1066.

King Edward died without leaving behind any children to take over the throne, which opened up a struggle between a group of people eager to take his place as ruler.

King Harold Godwinson was crowned shortly after Edward’s death, but was challenged by his brother Tostig and the Norwegian King Harald Hardrada.

After their deaths, William was the only opponent left vying for the English throne.

While Harold and his forces were recovering from the two battles, William spotted the perfect opportunity to attack and landed his forces in the south of England near Hastings.

So began the Battle of Hastings, which lasted from about 9am to dusk.

After hours of bloody fighting, the Normans eventually killed Harold and his army and William became King of England.

The Battle of Hastings completely changed the course of England’s history. Prior to the battle, the Anglo-Saxons had ruled the land for more than 600 years.

Now, the Normans had taken over, which meant the language changed to become a mix of Anglo-Saxon English and Norman French.

That mixture eventually became the English we know today.

On this day: The Battle of Hastings