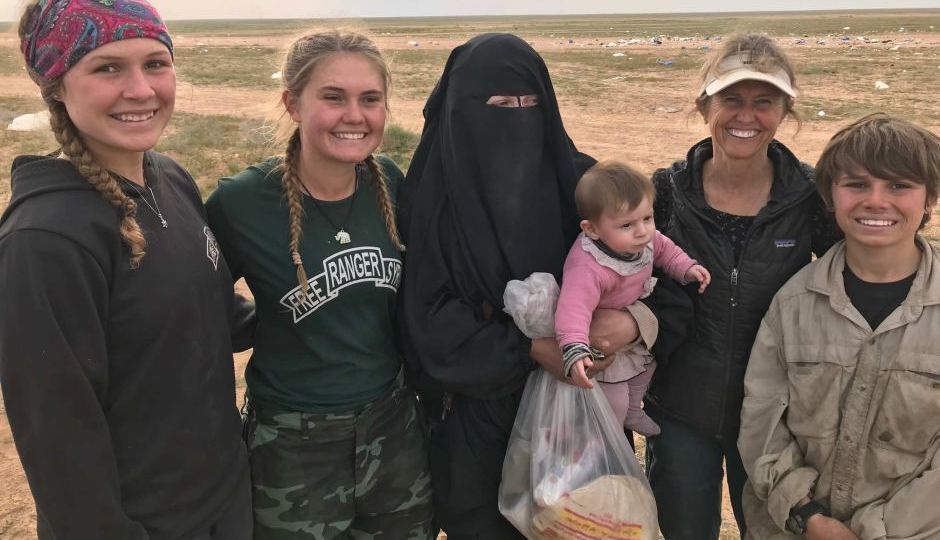 Melbourne-born ISIS bride Zehra Duman was mysteriously removed from al-Hawl refugee camp three months ago with another group of Australians and secretly imprisoned for weeks before she was recently returned to the camp.

The group of Australian ISIS families was hooded during the evacuation operation in an attempt to ensure they did not know where they were going.

But while the other mothers and children were taken to Iraq, where they met Australian officials, Ms Duman was detained with her two children in Syria.

The father of one of the women in the refugee camp confirmed that Ms Duman went missing from the camp three months ago.

“Zehra was taken out of the camp. I still cannot find the reason. It’s the strangest thing. We don’t know why and she was actually detained,” Kamalle Dabboussy said.

“She was taken somewhere and we don’t know where she was taken. And then she was brought back very recently.

“She doesn’t know where she was held, either. They are hooded when they are taken out of the camp. And then they are unhooded. We don’t really know who moved them.”

There is speculation in the camps Ms Duman was removed for her own protection because she had removed her headscarf and started smoking, which made her a target for more devout women.

The remaining children in the camps are regarded as more complex cases because, in many cases, their surviving parent – in most cases the mother – was involved with ISIS.

The only Australian children who have been removed from the camps were regarded as orphans and without an adult to look after them in Syria.

“There is no pathway through without a request from the Australian government.”

Labor frontbencher Kristina Keneally said Australia’s ISIS brides and their children should be rescued from the refugee camps and eventually brought home in the interests of national security.

“I have been briefed by the Department of Home Affairs on the Australian men, women and children who are over in (sic) either in prison or in that camp in al-Hawl,” Ms Keneally told the ABC.

“In relation to the women, the department does advise me that some of them do retain a determination to commit terrorist acts. However the department also advises me that, in their view, some of the women are genuine victims, that is, they were taken to Syria, either deceived or taken against their will.

“Of course, I think all Australians would agree with the prime minister and minister Dutton that the 40 or so Australian children or children who have a claim to an Australian citizenship are indeed innocent victims.”

There are growing fears for the 66 Australian women and children held at the al-Hawl refugee camp in northern Syria as Turkish forces clash with the Kurds who control the camps.

However, the camp is outside the area that Turkey has indicated it plans to capture and control.

The main danger is Kurdish soldiers abandoning their posts at the camp.

Labor has warned that effectively dumping the children of ISIS fighters in the region with their Australian mothers could pose an even greater security threat in the future.

Ms Keneally said the law as it stands allows the government to detain, prosecute and control people linked to terrorism if the ISIS families were brought to Australia.

“The United States, in fact, has been calling on its Western allies to bring their people back and, indeed, the Independent National Security Legislation Monitor recently observed that leaving foreign fighters in Syria is similar to when foreign fighters were left in Afghanistan in the 1970s,” she said.

“That is where I think minister Dutton and the prime ninister need to be more clear with the Australian people.

“There is a significant risk, both to the region, the world and indeed to Australia if foreign fighters are left there in Syria. We are seeing reports today of foreign fighters, of ISIL members, who are escaping prison, due to what is going on there in northern Syria.”

In June, eight Australian children and grandchildren trapped in the country were moved to Iraq.

At the time, Prime Minister Scott Morrison said the decision to repatriate the children was not made “lightly”.

“As I have said repeatedly, my government would not allow any Australian to be put at risk,” he said.

“The fact that parents put their children into harm’s way by taking them into a war zone was a despicable act.

“However, children should not be punished for the crimes of their parents.”

Labor calls for return of ISIS wives and children from Syria