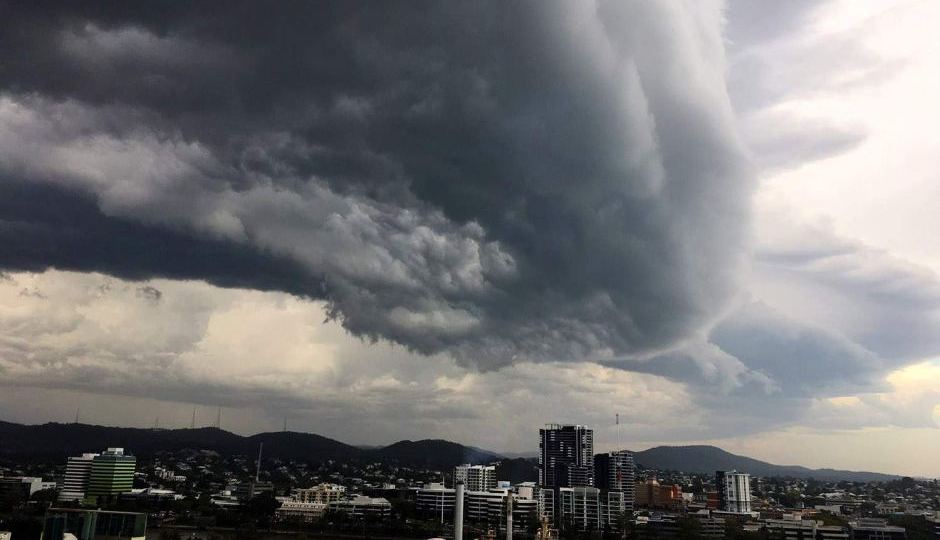 Rain has fallen across eastern Queensland, with Miriam Vale near Gladstone soon to run out of water receiving almost 100mm. Photo: Twitter

A central Queensland town on the brink of running out of water before Christmas has received the highest rainfall across the state.

The prayers of 512 residents in the Gladstone region town of Miriam Vale were answered overnight, with 95mm of rain falling in the 24 hours to 7am on Saturday.

Miriam Vale, 475km north of Brisbane, scored the highest rainfall in Queensland, as a cold front worked its way across the eastern part of the state between Rockhampton and the Gold Coast.

September rainfall for Queensland was 86 per cent below average.

The town’s Baffle Creek water source was tipped to dry up before Christmas, leaving residents and farmers potentially forced to relocate if no substantial rain fell.

The dumping comes as both southern Queensland and northern NSW have faced weeks of bushfire tragedy, with lives lost and homes and businesses destroyed by record temperatures, high winds and minimal winter rainfall.

However, the Bureau of Meterology’s Dean Narramore tempered the news, saying the rain was far from drought-breaking.

“In the last six months we’ve had very little rain so we’ve got to catch up on that,” he said on Saturday.

“We need hundreds and hundreds of millimetres over many months.”

It was wettest along the coast, with almost 70mm falling on parts of the Sunshine Coast and causing the Wappa Dam to spill.

Some good #rainfall 🌧️ along the coast from #Rockhampton to #GoldCoast overnight. The highest falls were 96mm at Mundic Gully and 95mm at Miriam Vale in the #Capricornia. Some showers still occurring, keep up to date with current totals at https://t.co/M512XBs6Vj ☂️ pic.twitter.com/D56T2XuM2i

The rain is expected to clear on Saturday, with blue skies to return across the state on Sunday.

Meanwhile, the number of homes destroyed in bushfires which swept across northern NSW, killing an elderly couple, has topped 50.

With the much-needed rainfall overnight in fire-affected areas, wet conditions meant the use of heavy machinery by crews .0had to be suspended for the day.

At least 52 homes have now been confirmed destroyed in the combined Busbys Flat and Drake fires, and that number could rise as assessments continue.

Around 16mm of rain fell in some areas overnight, the RFS said.

Spokesman James Morris said while firefighters are still patrolling the areas, they may be stood down later on Saturday if rainfall continues and there is no increased fire activity.

“When we start to see significant rainfall we don’t want to see trucks driving back and forth down some dirt tracks because those roads could become inaccessible and impassable.

“We have to consider the safety of our crews, who are doing a very important job out there.”

The Busby’s Flat fire, which authorities believe was deliberately lit a week ago, remains out of control, while the Drake blaze, which was started over a month ago by a lightning strike, is being controlled.

The latter fire claimed the lives of 77-year-old Bob Lindsay and Gwen Hyde, 68, whose bodies were found in their destroyed Coongbar home on Thursday some two days after fires roared through the region.

The NSW Rural Fire Service has said there’s no timeline for when it will be safe for residents to return to fire-ravaged areas as their teams continue to count the toll of the blazes.

Mr Morris said the relief from weekend rainfall may be shortlived.

“We are keeping an eye on warmer temperatures expected on Tuesday and Wednesday,” he said.