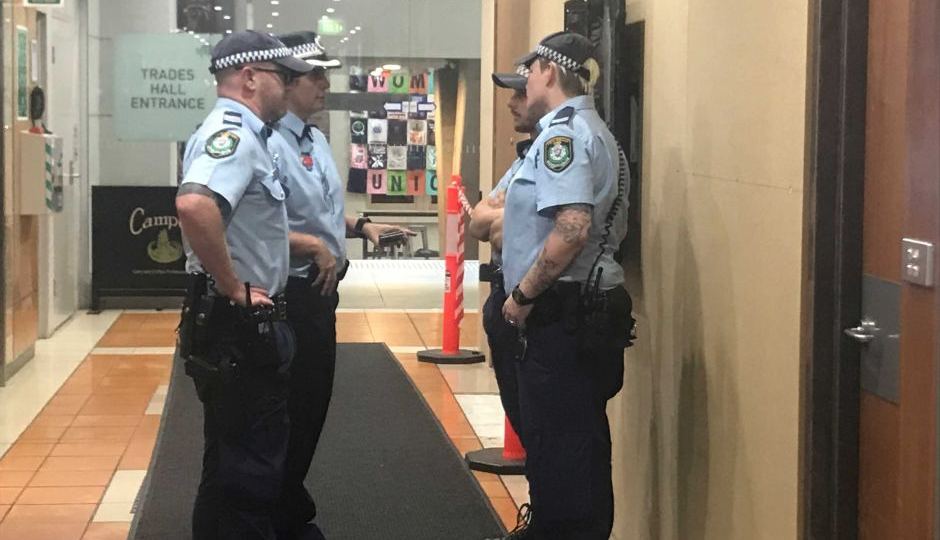 Police outside the offices of the Australian Workers' Union on the day of the raids. Photo: ABC

A Federal Court judge has ruled an investigation by the union regulator into donations made by the Australian Workers’ Union (AWU) to the activist group GetUp! in 2006 was invalid.

But Justice Mordecai Bromberg determined the Registered Organisations Commission (ROC) investigation into the donations, made when former opposition leader Bill Shorten headed the union, was not politically motivated as was argued by the union in a civil trial.

In October 2017, the Australian Federal Police raided the union’s offices in Melbourne and Sydney, seizing documents related to union processes in approving the donations.

The raids were filmed by media agencies who were tipped off by the office of then-jobs minister Michaelia Cash.

The AWU mounted a legal challenge at the time, preventing the documents from being accessed.

Today, Justice Bromberg said further hearings were necessary to determine whether the search warrants were invalid.

Justice Bromberg said the basis upon which ROC executive director Chris Enright decided to conduct the investigation was “flawed”.

He said that if after four years an alleged contravention of union rules had not been acted upon it was “deemed to have been in compliance” with the rules.

The judge rejected claims by the union that the ROC investigation was done for an “improper political purpose”.

“I have concluded that the evidence before the court does not establish that the decision made to conduct the investigation was made for the improper purpose contended for by the AWU,” Justice Bromberg said.

“We were determined to bring the facts in this case to light, and that has taken a huge effort,” he said in a statement.

“This has been an exhausting, resource-draining, and distracting process for our union, but it’s a vital part of democracy that the actions of public agencies can and should be held to account.”

Outside court, the union’s lawyer, Josh Bornstein, said the ruling was “a big setback for Michaelia Cash”.

A spokesman for Senator Cash said the Minister had been “cleared” by the ruling.

“The AWU’s pursuit of the Minister was always a political game,” the spokesman said in a statement.

“Despite the political attack by the AWU, the Minister has been cleared of any political influence over the ROC’s decision.”