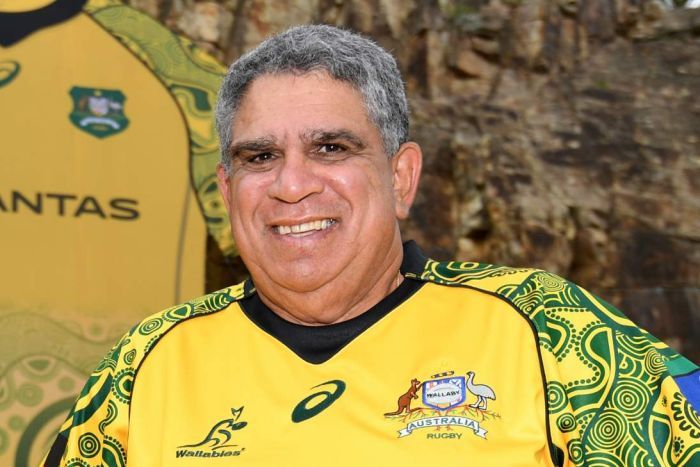 A former Wallaby and a one-time cocaine smuggler are among 15 defendants named in a multi-million-dollar liquidators’ lawsuit alleging breaches of duties and voidable transactions following the collapse of a children’s care charity.

Glen Ella, who played rugby for Australia alongside two of his brothers in the 1980s, served as chief executive of Guardian Youth Care from 2014.

The NSW Government paid the charity millions of dollars each year to look after troubled teenagers full time in homes across western Sydney.

But Guardian Youth Care went under in June 2017 after its funding was cut off by the NSW government.

The Department of Family and Community Services said the charity had been outsourcing the bulk of its services to for-profit companies without permission, which was not allowed under the funding agreement.

Liquidators have been appointed and are seeking to recover funds from the charity’s directors and associates claiming breaches of duties and that some transactions are voidable under corporations laws.

The liquidators main target is former boxer Roy Bijkerk. He is known for serving jail time in the early 2000s for conspiring in the 1990s to import cocaine with underworld figure Warren Richards.

The charity engaged companies associated with Mr Bijkerk to provide it with all goods and services except for staff wages and the companies were paid millions in “management fees” for the work and services they performed.

A summons filed by liquidators in the NSW Supreme Court on September 27 seeks $22 million from Mr Bijkerk, alleging “breaches of fiduciary duties” owed to the charity.

It also seeks amounts of more than $1 million each from three of Mr Bijkerk’s companies — alleging “unreasonable director-related transactions”.

The summons outlines the amounts of money liquidators McGrathNicol are seeking from each defendant but the precise bases of the claim are not yet known.

Public examinations held in the Federal Court last year to assist the liquidators examined whether Mr Bijkerk was the real boss of the charity, even though he was not the chief executive and held no board seat.

Mr Ella claimed during the Federal Court proceedings that Mr Bijkerk was the person who “basically ran the agency”.

When Mr Ella turned to Mr Bijkerk for a personal loan to help with his mortgage, it weakened his ability to challenge decisions about the charity, he told the court.

But Mr Ella also failed to read the annual financial statements he signed as well as the funding agreement that prohibited unauthorised subcontracts.

“I trusted [people] to do the right thing,” Mr Ella said.

Liquidators are seeking $16.8 million from Mr Ella, alleging he breached his duty of care to the charity.

Mr Bijkerk testified last year that there was nothing untoward in the arrangements between Guardian Youth Care and his companies.

“The first priority was to make sure every single thing was being done for those kids,” he said, maintaining public funding was spent on providing a high level of care.

A 2014 report by the Office of the Children’s Guardian had highlighted concerns about the appearance of conflicts of interest and a lack of independent auditing.

Another report by Deloitte in 2016 alleged the charity’s subcontracting was unauthorised.

The case returns to court on Friday.