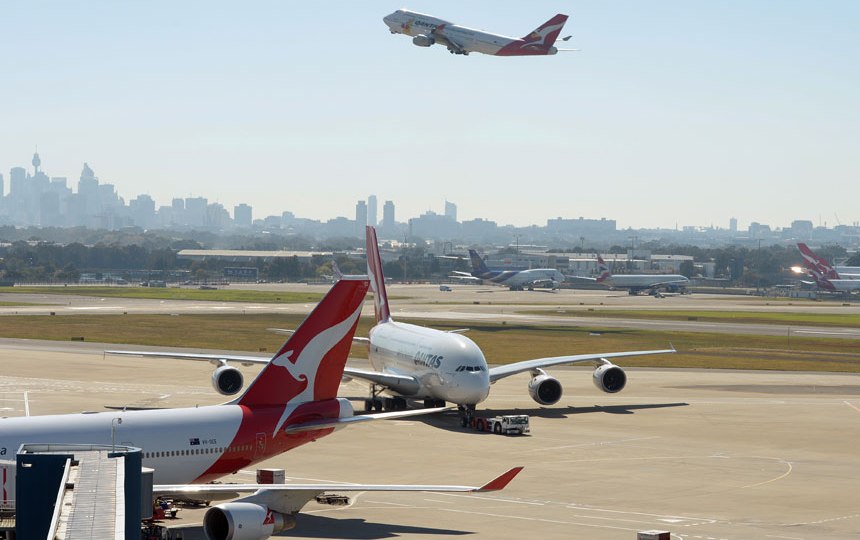 The Coalition is proud of its efforts to reduce boat arrivals. Photo: AAP

Since the Tampa crisis in 2001, when the government refused entry to hundreds of refugees aboard a Norwegian freighter, asylum seekers arriving by boat has been a divisive political issue.

The Coalition government is proud of its efforts to reduce the number of boats arriving since 2013.

But now the Labor opposition wants to highlight a growing trend for asylum seekers arriving by plane.

“There’s evidence that what is happening [is] that criminal syndicates, people smugglers have shifted their business model from boats to planes,” she said.

Immigration Minister David Coleman argues, however, the figures are actually trending down, and that his government is granting fewer protection visas to aeroplane arrivals than Labor did in government.

So what are the figures?

But the government believes the arrivals have peaked, and the 4,000-odd claims so far in 2019-20 are actually down compared to last year for the same period.

Mr Coleman sought to highlight that actual grants of protection visas to air arrivals were down in the past three years compared to the last three years of Labor’s government.

In a press conference in Sydney on Tuesday, he said 25,000 people were in Australia appealing against a negative onshore-protection decision, either before the Administrative Appeals Tribunal or the courts.

But he would not reveal the number of people in Australia right now who are overstaying their visas.

Despite the buzz around aeroplane arrivals this week, the issue is not new.

But it’s clear there are also other issues at play, including a disproportionately high number of Malaysians coming to Australia then applying for asylum.

A Senate committee report from earlier this year stated:

“The Department of Home Affairs agreed that Malaysian nationals would apply for an electronic travel authority (ETA), arrive in Australia and, quite often, would immediately put in for protection which would enable them to work and stay in Australia for as much as eight years.

The ETA allows visitors from countries such as Malaysia to visit Australia using a visa, which is available online.

The Department of Home Affairs told the committee there was an integrity issue with the ETA.

But there are currently no plans to restrict access to the ETA for people from Malaysia or other countries.

What’s the impact in Australia?

“They traffic them out to illegal labour-hire companies, to nail salons, to hospitality, restaurants, to brothels, and they have them here,” she said on Tuesday.

“They hold their passports, they pay them pittance, some of these people have reported conditions that sound like slavery.

“People have been subject to sexual abuse and other horrific conditions.”

There is also evidence this workforce is a key part within the farming sector.

A University of Adelaide report released earlier this year found the horticulture sector had a “structural reliance” on undocumented workers.

It reported growers and others in the sector estimated undocumented workers accounted for:

What is the government doing?

A Border Force operation in 2017 located 288 illegal workers, and more than 300 individuals were refused entry to Australia.

This year, the ABC reported border officials were refusing entry to 20 Malaysians at Australian airports every week.

Airline liaison officers are also preventing people from boarding flights in their home countries — six Malaysian women were stopped from coming to Australia in August. They went holidaying in Thailand instead.

These officials operate at check-in and boarding gates to detect and prevent travellers coming to Australia through fraudulent means.

In 2018-19, 1,730 people were prevented from boarding flights to Australia, a 128-per-cent increase on the previous financial year according to the department.

However, Daniel Ghezelbash from Macquarie University warned this approach created a “perverse” system that punished those who sought to claim protection early.

“The system incentivises asylum seekers to withhold their request for protection until after they make it through customs,” he said.

“If they apply at the airport, their visa is cancelled, and they have far fewer substantive and procedural rights, including only having access to temporary protection visas.

“If they can step foot outside the airport and apply, they get far more rights and protections, including access to permanent protection visas.”

“If you’ve hopped onto a plane, you’ve got travel documents. We know who you are,” he said.

“We’re able to work with Interpol or the country of origin to determine whether that person is a threat. We can look properly at their backgrounds.

“We don’t have people drowning on planes coming into Australia.”

The new ‘boat people’? How Labor’s focus on air arrivals only hints at new immigration challenge