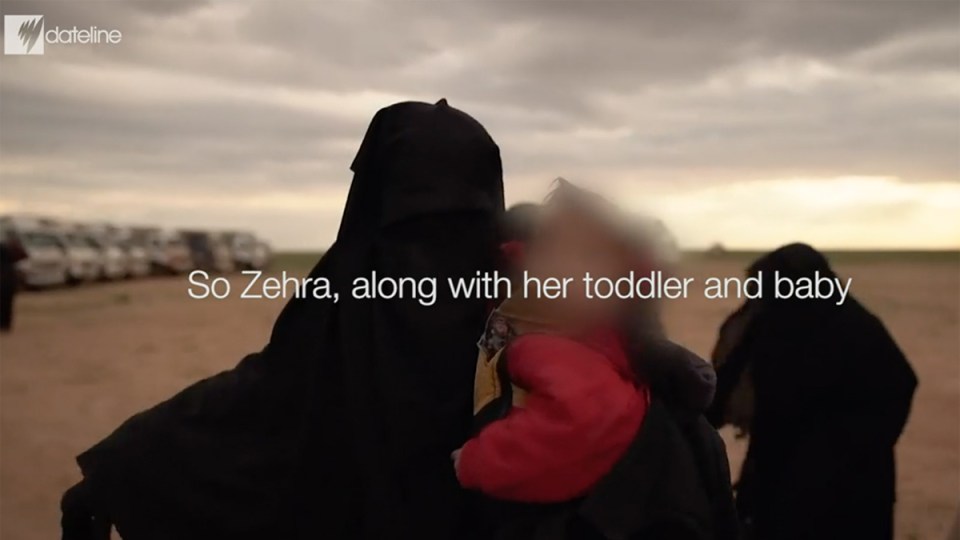 The children of Zehra Duman may have had their citizenship stripped retrospectively. Photo: Dateline/SBS
exclusive

The children of ISIS bride Zehra Duman may have lost their right to claim Australian citizenship because the Morrison government has “retrospectively” extinguished their mother’s citizenship.

The New Daily has confirmed the government is refusing to tell Ms Duman the exact date her citizenship was revoked and whether it occurred before or after the birth of her two children, Jarrad, 3, and Layla, 1.

The date is critical because the children would retain the right to claim Australian citizenship by descent through their mother if she remained an Australian at the time of their birth.

In the event they have a claim to Australian citizenship, they could be brought to live with their Melbourne grandmother.

The children’s grandmother Ozlem Coskun told SBS’s Dateline of her fears for her daughter and grandchildren, and pleaded for the government to bring home the children.

Ms Duman was married to the notorious Australian extremist Mahmoud Abdullatif, who died before the first child, Jarrad, was born in Syria.

His citizenship status at the time of his death is unclear.

Layla was born in September 2018 after Ms Duman remarried another foreign fighter, who was also Australian.

The New Daily has confirmed the identity of this man, who is also dead.

It’s unclear if the children could claim for citizenship through their dad.

The loss of citizenship under the legislation is based on conduct, which includes recruiting for ISIS and engaging in terrorist acts or working with terrorists.

The confusion over the right of the children to claim citizenship raises the prospect that the children could be left behind in Syria with their mother if the Morrison government stages any attempt to evacuate Australian women and children from the Kurdish-controlled refugee camp.

The New Daily revealed on Monday that Ms Durman was notified this week she was no longer an Australian.

The Morrison government has repeatedly refused to explain the citizenship status of the children, arguing in this case they don’t comment on individual cases.

When asked, a spokeswoman for Mr Dutton provided an answer on how the laws would apply if the children were Australian.

But that has no application in this case because their citizenship is prospective.

If the child is eligible for citizenship by descent at the time of their birth, they maintain this eligibility even where the Australian citizenship of one or both parents subsequently ceases after the date of that child’s birth.

“We are working with – and we have to work with – not just humanitarian agencies, but non-state forces and groups in the community that assist countries who are trying to repatriate their citizens.”

Turkey’s military is expected to cross into northern Syria “shortly” according to military officials, and take control of the region including the refugee camp where Ms Duman and her children are living.