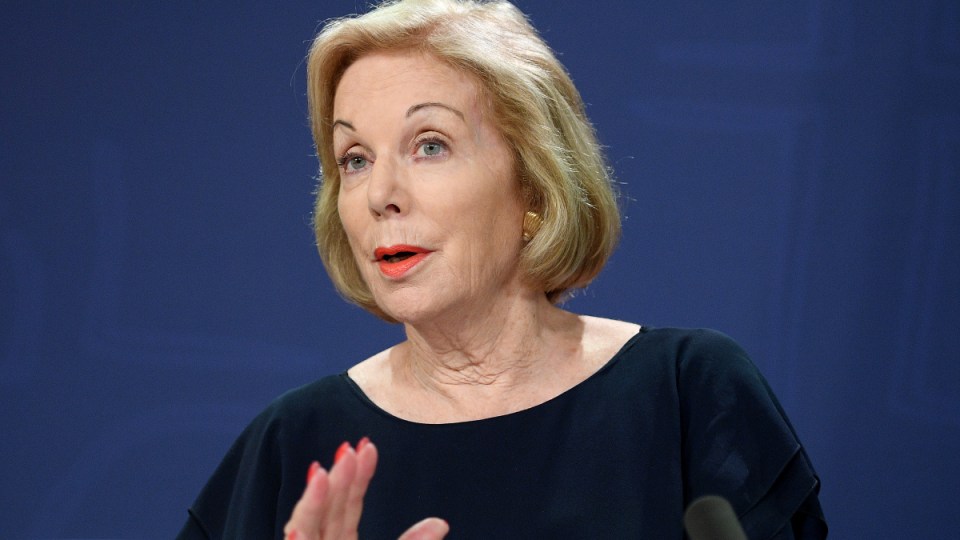 Australia has become too politically correct and we are far too sensitive now, according to ABC chair Ita Buttrose.

Australia also needs to bring back the larrikin spirit and display it proudly, she said.

The ABC has this week launched the Australia Talks national survey, which includes responses from 54,000 people about their attitudes, behaviours and experiences.

It includes a question about whether Australia has become too politically correct, and Ms Buttrose is adamant it has.

“Even in the workplace, the way men and women used to talk to one another, which was quite fun, I think, doesn’t exist today.

“When I think of some of the conversations I used to have with Sir Frank Packer, for instance, they simply wouldn’t happen today.”

Ms Buttrose said this took the “spontaneity” out of the workplace, and in her experience Australians liked to “josh” with each other at work.

“We should be able to do that without anyone being offended or sensitive about it,” she said.

“We’re far too sensitive, I think.”

The media veteran also reiterated previous comments that Australia had lost some of its larrikin spirit.

“There are very few larrikins … we’ve sort of suppressed that side of our character,” she said.

“I think we need to bring back the larrikin element of Australia and be very proud of it because it’s very unique to us.

“Our larrikins are pretty special.”

The comments have sparked a passionate response from viewers.

Some have backed Ms Buttrose:

“Well said. Finally someone with some sense at the helm of the ABC.” — Steve

“I agree, Ita! We have lost our freedom of speech.” — Mares

“Agreed Ita. It’s the elephant in the room with many issues.” — Steven

Others have strongly disagreed:

“It’s called manners, Ita. Calling it PC is just an excuse for sustaining bad manners. You should be above the use of empty and dismissive jargon.” — Tony

“I think that people have become even colder than before, and the fact that people are now called on their poor behaviour is not PC gone mad.” — Llywi

“I don’t miss the bullying and innuendo that went under the ‘I’m just having a joke’ nonsense, or ‘can’t you take a joke?'” — Wendy

Ms Buttrose was named the new ABC chair in February this year after six decades in the media industry.

She has held senior positions at The Daily Telegraph, Cleo magazine and Australian Women’s Weekly and worked for various TV programs, including on Network Ten and Nine Network.

Since taking the top job at the ABC, however, she said she had come to resent the “constant harping” of some critics of the national broadcaster.

“I know we’re not perfect. No media organisation is perfect. And I’ve worked for enough of them to know their faults as well,” she said.

“And sometimes I think, ‘Boy, you’d all be lost if you didn’t have us to fill your pages’.

The Australia Talks National Survey asked 54,000 Australians about their lives and what keeps them up at night. Use our interactive tool to see the results and how their answers compare with yours.