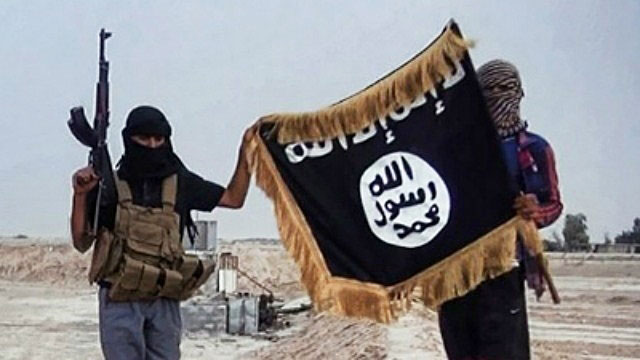 Australians detained or jailed in Syria will be at the mercy of invading Turkish troops. Photo: Getty

Australian ISIS fighters jailed in northern Syria, and their wives and children trapped in refugee camps, could be left at the mercy of the invading Turkish army after the US President Donald Trump announced shock plans for immediate withdrawal.

The decision effectively abandons the American-backed Kurds, who have helped the west fight ISIS in the region, to the invading Turkish army, which regards the group as a terrorist insurgency.

The New Daily understands 80 Australians are believed to be in the conflict zones in Kurdish-controlled northern Syria, including 20 women and 46 children.

They include Australian mothers and children featured in recent reports by the ABC’s Four Corners, who have begged to return to Australia and claimed they were tricked into entering ISIS-controlled territory by their husbands.

There are also 14 Australian men confirmed as being held in prisons run by Syrian Kurds, who warned on Monday they fear “mass killings” if the Turks are allowed to invade the region.

BREAKING: In an extraordinary Sunday night statement, the White House announces that the US "will no longer be in the immediate area" of Northern Syria, allow Turkey to launch an invasion in the region and give Turkey responsibility for captured ISIS fighters in the area. pic.twitter.com/Ytu8t3BLUg

The dramatic shift in US military policy is against the recommendations of top officials in the Pentagon and the State Department, who have warned a withdrawal could open up a new battlefront in the region and allow ISIS fighters to flee and establish new strongholds.

The White House announced on Monday (AEST) US forces will leave northern Syria in advance of an expected invasion by Turkish forces.

“The United States Armed Forces will not support or be involved in the operation, and United States forces, having defeated the ISIS territorial ‘Caliphate’, will no longer be in the immediate area,” the statement said.

.@PressSec: "Turkey will now be responsible for all ISIS fighters in the area captured over the past two years in the wake of the defeat of the territorial “Caliphate” by the United States." https://t.co/h1idoqtiLv

Australian officials confirmed the decision could have immediate implications for the ISIS fighters still in the region who retain Australian citizenship.

But there were hopes the threat may be an act of brinkmanship by Mr Trump, who has tired of attempts to negotiate with European countries to take responsibility for their foreign fighters.

“The United States government has pressed France, Germany, and other European nations, from which many captured ISIS fighters came, to take them back, but they did not want them and refused,” the White House statement said.

“Turkey will now be responsible for all ISIS fighters in the area captured over the past two years in the wake of the defeat of the territorial ‘Caliphate’ by the United States.”

Turkey confirmed its intention to begin operations was “imminent”.

The statement, released about 11pm on Sunday in Washington, followed an earlier phone call on Sunday between Mr Trump and Turkish President Recep Tayyip Erdogan.

According to US reports, a readout of the phone call provided by the Turkish government said “the two leaders exchanged views on the proposed safe zone in the east of the Euphrates River” and that Mr Erdogan “reiterated that the creation of a safe zone is key to neutralising the threat stemming from PKK-YPG terrorists and creating the conditions necessary for the return of Syrian refugees to their native country”.

Mr Trump has previously flagged a complete US withdrawal from Syria, but appeared to backtrack after concerns were raised by top military officials.

At least 230 Australians travelled to Syria or Iraq to fight alongside ISIS and an estimated 95 have died in combat.

Mr Trump has defended a decision, saying it was too costly to keep supporting US allied, Kurdish-led forces in the region fighting Islamic State militants.

“It is time for us to get out of these ridiculous Endless Wars, many of them tribal, and bring our soldiers home,” Mr Trump tweeted on Monday.

“Turkey, Europe, Syria, Iran, Iraq, Russia and the Kurds will now have to figure the situation out,” he said.

However, Mr Trump later threatened to destroy the Turkish economy if Ankara takes steps which are “off limits.”

“As I have stated strongly before, and just to reiterate, if Turkey does anything that I, in my great and unmatched wisdom, consider to be off limits, I will totally destroy and obliterate the Economy of Turkey (I’ve done before!)” Trump posted on Twitter.

The Pentagon then clarified that it is not endorsing a Turkish invasion.