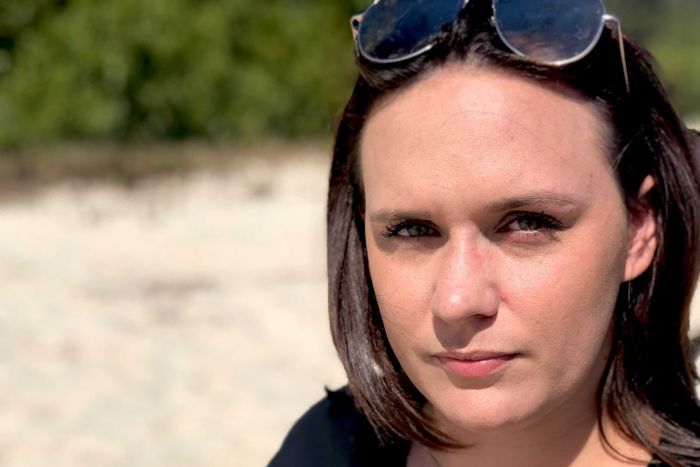 “Nobody in my daily life would have ever thought that I was using ice. Nobody,” recalls Tahlia Adams.

The 29-year-old was a self-described high-functioning addict, despite depending on the drug every single day.

But you wouldn’t have known it.

During her addiction, Ms Adams held down full-time senior finance jobs, completed a business degree and had a stable home and partner.

When the pull of ice increased, Ms Adams took a hit in the morning before work, in the bathroom at lunch, and when she got home in the evening.

“People think that an ice user is somebody who’s crazy, like the crazy homeless person. Or the people who are stealing cars, or robbing old people,” she said.

“I presented the same as I do today.”

Methamphetamine is the most-used illicit stimulant in Australia.

It’s estimated nearly 10,000 kilograms of the drug was consumed, smoked or injected last year — more than double the consumption of cocaine.

The massive growth of ice use has been fuelled by its relative availability and cheapness, with one hit generally costing less than $50.

But the continued spread of the ice epidemic has Australians worried.

Ninety per cent of respondents to the ABC’s Australia Talks National Survey rated drug and alcohol abuse as a problem for Australia, alongside household debt and cost of living.

Ms Adams said she’s proof ice addiction doesn’t discriminate and can affect anyone, without those around them even knowing.

Eventually, the grip of ice became so consuming it sent Ms Adam’s life spiralling out of control — all the way to prison.

“You can only maintain that lifestyle for so long,” she said.

“And then I didn’t know what to do, what options did I have?

“I tried to go to rehab and there were no places.

“I was homeless, I needed money, I was living in my car. And I was still hooked on ice.

“So I decided selling drugs was the way I was going to support myself, and get myself out of this bad situation I was in.

“And it just was the worst mistake of my life, because now, my life’s changed forever,” she said.

‘Treatment would have been the best option’

In Queensland, police aren’t able to divert ice users to other facilities, including rehabilitation or education programs — a practice known as depenalisation.

Queensland and New South Wales are the only Australian jurisdictions where depenalisation practices aren’t in place, for illegal stimulants including ice.

“The provision of the criminal conviction, for someone who is using or possessing drugs alone, will often lead to far more damaging consequences,” she said.

“But we’ve got this very big difference in state and territory responses at the present and when you speak to police as well as health practitioners across Australia there is a strong desire to expand the provisions of alternative to arrest.”

Senior police have urged law-makers to adopt a national approach to curbing the spread of ice, after depenalisation studies showed it reduced re-offending and use, and cut court costs.

While accepting her role in the arrest, Ms Adams said she would have benefited from rehabilitation instead of prison.

“When I was first charged, I just thought, ‘oh well, my life’s over’. So I kicked it up a notch I guess you could say,” she said.

“I turned really destructive. I got so many more charges after that first interaction with police.

“If someone had stopped me at that first point of contact, I wouldn’t have nearly as many charges. I wouldn’t have gone to prison. My life wouldn’t be the way that it is now, for sure.

“If I had been given a different option when I was first arrested, like for treatment or go through the courts, treatment would have been the best option,” she said.

Ms Adams got out of prison about three months ago and has been in recovery ever since.

But she said the stigma and challenges of having a conviction made it harder for her to reintegrate into society.

“But I wish I had made a better decision back then because it affects every part of my life.

“My life is changed forever. And I just wish that I hadn’t made those mistakes.”

Drugs and alcohol abuse was rated as a top concern in the Australia Talks National Survey. Use the interactive tool to see what Australians thought about a range of issues and see how your views compare.