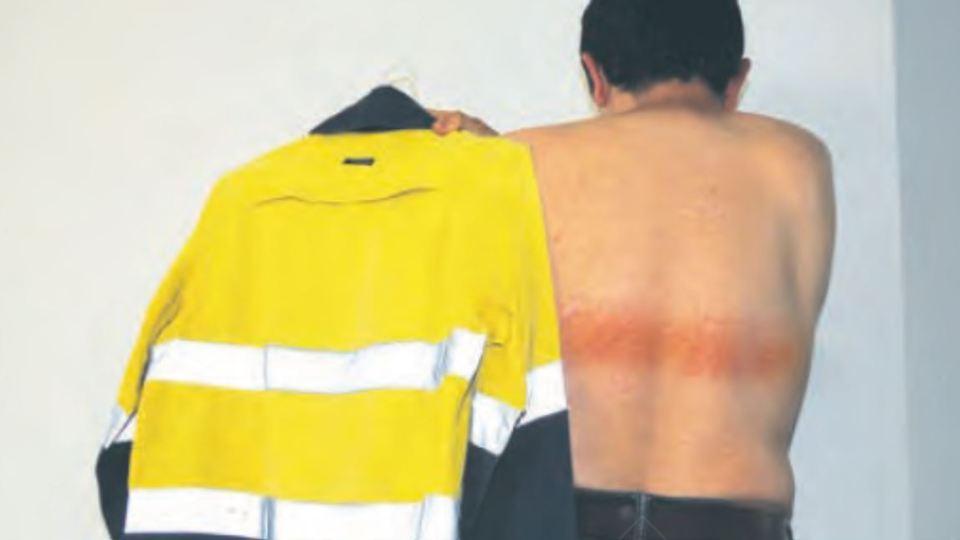 A Perth man has suffered first-degree burns while wearing a high-visibility top and working outside, in what is believed to be the first reported case of skin burns due to overheated retroreflective tape.

The 40-year-old environmental engineer presented to the emergency department at Perth’s Sir Charles Gairdner Hospital complaining of a painful red rash across his back, a letter published on Monday in the Medical Journal of Australia (MJA) revealed.

The red mark coincided with the upper high-visibility band on his work shirt and the rash symptoms were “consistent with a first degree burn”.

The patient, who was required to wear hi-vis clothing at work, told doctors that the retroreflective tape on his shirt often became extremely hot when he worked in the sun, and that he would sometimes have to readjust his clothing to avoid it touching his skin.

The case is believed to be the first reported case of “skin burns occurring secondary to overheating of retroreflective tape,” Dr Vlad said.

Even though not life threatening, it caused discomfort to the patient for a few days.’’

Retroreflective tape is used on work clothing to increase the wearer’s visibility to others, and is usually made up of tiny glass beads or prismatic elements encapsulated in a transparent film, which reflect light back towards its source.

“Safety warnings mention cases of increased heat build-up around shoulders, neck and ears, but no cases have been published in the medical literature,” Dr Vlad wrote.

“Skin abrasions have also been described when aged tape cracked and frayed was brushed against the forehead.

“The manufacturers also warn about the tape risk to smoulder or melt when subjected to heat.”

The case raises questions about the suitability and safety of hi-vis clothing for hot weather, with outdoor workers across many industries often required to wear it.

“Workplaces mandating clothes with retroreflective tape should ensure that garments with the tape in areas touching the skin are not worn in very hot and sunny conditions and consider using removable vests instead,” Dr Vlad said.

“Manufacturers should consider designing shirts that decrease direct contact between retroreflective tape and skin, potentially by increasing the number or thickness of cloth layers under it.”