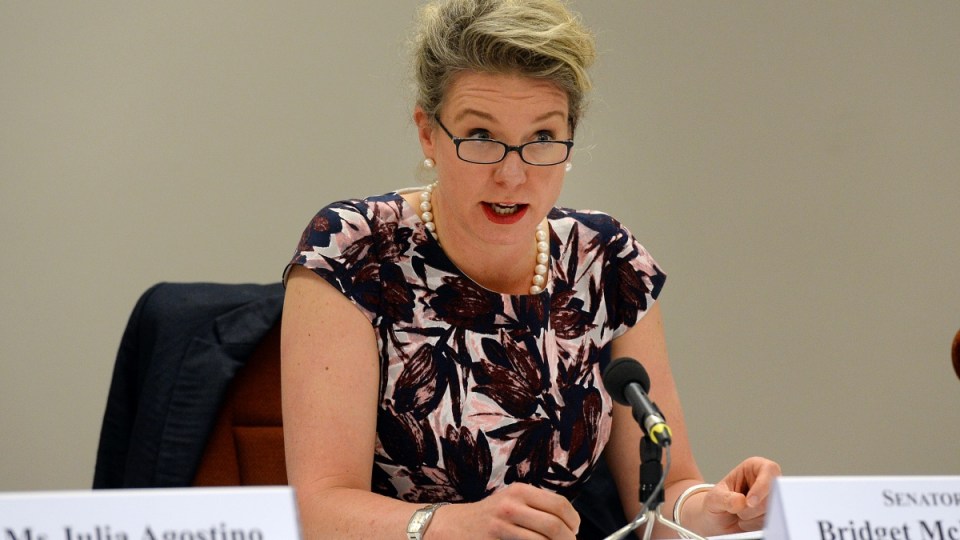 A payment for farmers in hardship linked to the rate of Newstart and administered by Centrelink is not welfare, the federal agriculture minister says. Photo: AAP

Agriculture Minister Bridget McKenzie has denied a government payment for farmers doing it tough is welfare despite its rate being linked to the dole.

The Farm Household Allowance is calculated based on the rate of Newstart and provided for up to four years to farmers experiencing hardship.

Centrelink administers the allowance, which also includes a $4000 supplement to pay for study, training or professional advice to help improve your financial position, and a case officer.

Asked whether it was a welfare payment, the minister said: “Not at all.”

“It is to support farming families as they go through periods of experiencing hardship whether that be flood or drought,” she told the ABC’s Country Hour on Monday.

Senator McKenzie said the allowance was not designed to be used for running businesses, feeding stock or buying seed.

“This is direct financial support to households,” she said.

The minister said the government would weigh up extending the allowance beyond primary producers, as the prolonged dry spell ripples through regional businesses.

“As the drought progresses, that is something we seriously need to be considering,” she said.

“As I travel around regional communities – and any of us that are out there knows – that our small businesses in country towns are doing it tough.”

The government estimates 24,000 farmers are eligible for the payment, but only 7000 are accessing it.

A review of the FHA recommended splitting the payment from social security legislation to better tailor it for agriculture.

Senator McKenzie said there had been a “partial” decoupling, pointing to simplifying forms and changes to income and asset eligibility thresholds.

“Any of us that have been in this space for a little while know that the Farm Household Allowance has been incredibly frustrating for our primary producers to actually go through the process,” she said.

“Their interaction with Centrelink has been incredibly problematic.”

Last month, the government announced it would remove the requirement for business income reconciliation, change the time limit of the payments to four out of every 10 years and simplify the assets test.

Under the reforms, agistment will be recognised as being part of farmers’ income and couples can apply for the payment through one application.

After announcing the changes, Prime Minister Scott Morrison encouraged producers not to be too proud to apply for the FHA.

“This isn’t welfare. This is really just helping people make sure that they maintain a viability,” he said.