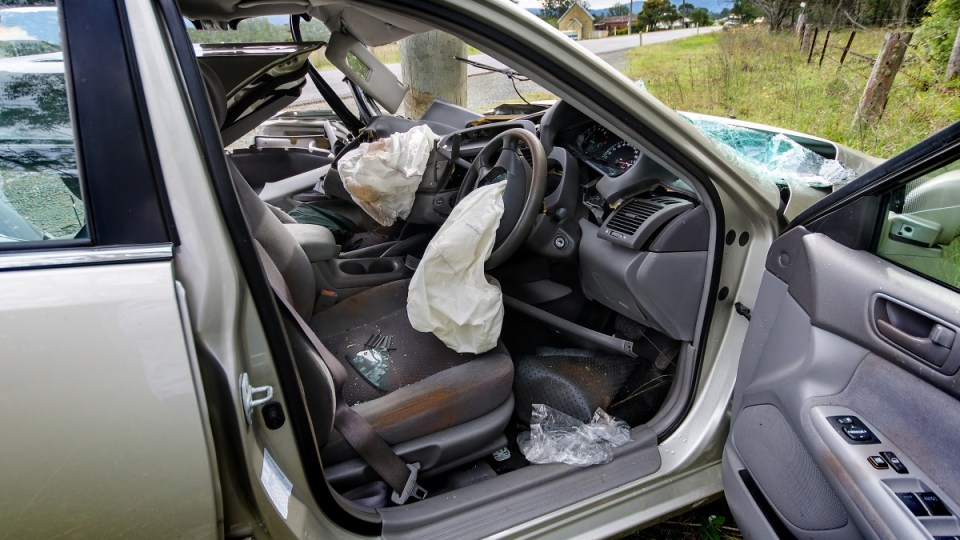 The airbags have a defect that could cause them to explode. Photo: Getty

A “critical” safety alert from major car manufacturers has been issued for 20,000 cars still with faulty airbags on Australian roads.

The Australian Competition and Consumer Commission warned anyone driving one of these vehicles and already affected by the recall notice to urgently return it to a dealership or manufacturer.

It issued an urgent safety alert on Friday for the Takata alpha airbags, following the warnings from major car manufacturers.

“The ACCC is urging consumers not to drive these cars at all until the airbag has been replaced,” the regulator said.

“It is strongly recommended that owners of vehicles with critical airbags stop driving their vehicles immediately.

“The supplier should offer to arrange for your vehicle to be towed to the place of replacement or for a qualified technician to travel to you (or some similar arrangement) so that you do not have to drive your vehicle if you do not wish to do so,” the statement read.

The so-called alpha airbag is a “type of airbag” listed under the critical recall, according to the ACCC.

“The high risk alpha category airbags were installed in certain Honda, Toyota, Nissan, BMW, Mazda and Lexus cars, with models sold between 2001 and 2004.”

According to the US National Highway Traffic Safety Administration, these airbags have a manufacturing flaw that is not compliant with design standards and pose a “severe risk of misdeployment”.

“There is a risk of metal fragments and shrapnel propelling out of the airbag and into vehicle occupants causing serious injuries or deaths,” the ACCC said.

“Critical alpha airbags have been identified as posing a significantly higher safety risk than other defective Takata inflators because they are considered at risk of rupturing.”

In April 2017, a 21-year-old woman in Darwin suffered serious injuries when her airbag did not properly deploy, and a small piece of metal struck her in the head, according to the ABC.

It was the first reported case of its kind in Australia.

Three months later, a 58-year-old Sydney man was killed as a result of a defective airbag in his Honda vehicle, after it was deployed in a “relatively minor” car collision.

A forensic pathologist told the NSW Coroner’s Court the man’s fatal injuries were so extreme they “resembled a shotgun wound”.

He was the first confirmed death attributable to a Takata airbag in Australia, the inquest was told.

The malfunctioning airbags have been linked to 20 deaths and 230 injuries worldwide, the inquest was told.

If you need to check whether the car you are driving has a critically faulty airbag, the Federal Chamber of Automotive Industries has a consumer website: ismyairbagsafe.com.au.