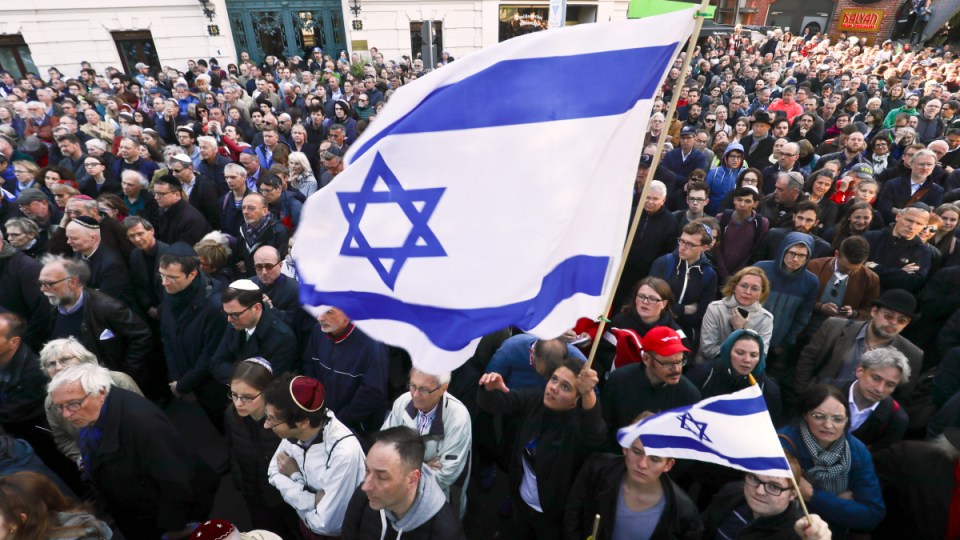 A Holocaust survivor has told of the “astonishing” moment a Sydney man jumped out of his car and yelled “not enough of your people have been burned in the oven”.

The 83-year-old Ernie Friedlander had driven his car into a parking space on a Sydney side street when a man who was also vying for the spot became frustrated and got out of his car to hurl anti-Semitic abuse.

Having no idea how the man recognised he was Jewish, Mr Friedlander said he was “horrified” and “flabbergasted” by what happened.

On Friday, Treasurer Josh Frydenberg urged for students to be taught more about the Holocaust, after a five-year-old schoolboy was allegedly called a “Jewish cockroach” while a 12-year-old Jewish student was allegedly forced to kneel before a Muslim classmate and kiss shoes.

Sadly, it appears these instances of abuse are becoming more commonplace in Australia.

Dr Dvir Abramovich, chairman of the Anti-Defamation Commission, said he is notified of anti-Semitic hate incidents “almost on a daily basis”.

“The lid has been taken off the sewer and all this poison of anti-Semitism, of racism, of intolerance that’s been bubbling under the surface has now in a sense been spilled onto our streets,” he said.

Just recently, Dr Abramovich said a Melbourne woman sitting in a cafe was called a “bloody Jew”, a passerby called a mother, her daughter and granddaughter “f–king Jews” and a driver yelled out his window to a rabbi “do you want me to come up and finish what Hitler started?”

He said far-right, neo-Nazi groups have been “invading our streets”.

“There was an incident earlier this year where they defiled a residential aged care facility that houses many Holocaust survivors with swastikas.

“We’ve had flyers in Footscray [Melbourne] describing Jews as the world’s enemy and pure evil.”

Australia saw an unprecedented 59 per cent increase in anti-Semitic attacks in 2018, compared to 2017, according to a report by the Executive Council of Australian Jewry.

“I’ve been involved in politics since I was a 16-year-old. I’ve never seen anti-Semitic attacks on politicians in the way that they occurred in this election,” Mr Leeser said.

What was considered “unacceptable” to say one or two generations ago is “suddenly creeping back into the public conversation”, he said.

“I did have somebody shout some anti-Semitic stuff at me at the pre-poll as well which I’ve never had before either.”

Mr Friedlander, meanwhile, said he is gravely concerned about the rise in anti-Semitic abuse in Australia.

“I experienced it as a child … It was institutionalised anti-Semitism which was a lot worse,” he said.

Mr Friedlander was nine years old when he spent seven weeks in a ghetto in Nazi-occupied Hungary.

“My father perished (at the hands of the Nazis) and most of my family, except for my mother and three of her cousins,” he said.

If Australia does not address the issue of anti-Semitism, “it’s only going to get worse”, Mr Friedlander warned.

‘Tsunami of hate’: Even a Holocaust survivor isn’t immune to rising tide of anti-Semitic abuse