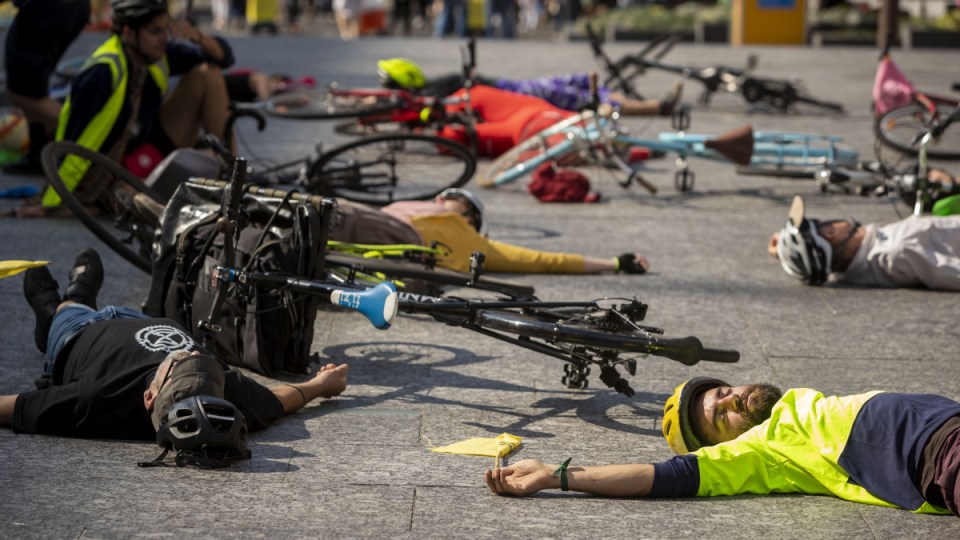 Police swooped when the Extinction Rebellion protest shut down one of Melbourne's most important bridges last week. Photo: AAP

Home Affairs Minister Peter Dutton has called for climate change protesters to be “named and shamed”, jailed and have their welfare payments stopped.

Warning protesters in Queensland are “putting lives at risk”, Mr Dutton said the fines are not good enough after the activist group Extinction Rebellion caused traffic chaos in Brisbane.

“The community expectation is that these people are fined or jailed and they should be jailed until their behaviour changes because they are putting lives at risks. They are diverting police and emergency service resources from tasks they should be undertaking otherwise,” Mr Dutton said.

Speaking on radio 2GB, Mr Dutton was then asked by host Ray Hadley if the protesters should have their welfare payments stopped because they are “bludgers sticking themselves to roads”.

This week, six people were charged with obstruction offences on a road-blocking protest during morning peak-hour traffic.

Four people were also charged in a separate protest in which a woman climbed up a large tripod on a CBD bridge.

Mr Dutton urged people to surveil the protesters and distribute their images.

“People should take these names and the photos of these people and distribute them as far and wide as they can, so that we shame these people,” Mr Dutton said.

“They are acting outside of the law. Let their families know what you think of their behaviour.”

“They keep turning up week after week because a slap on the wrist is just not working.”

“If there needs to be mandatory sentences … the state government can pass laws that do reflect community standards and, at the moment, they don’t,” Mr Dutton said.

“If the courts are not going to impose a penalty again it comes back to the (judicial) appointments by the Queensland government. There are some good magistrates and judges.

“But you know raiding farms, climbing on to the roof of my electoral office and then get told by the magistrate he would be proud of her if it his daughter had done it.

“We should push back on it because these people are a scourge.”