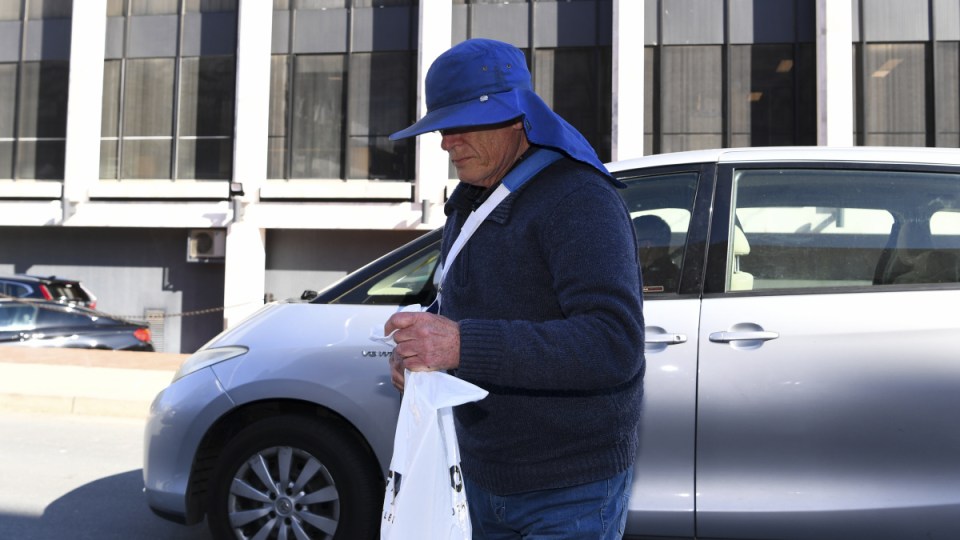 David Eastman, who spent nearly 19 years in prison for a murder he was later acquitted of, wants at least $18 million in compensation. Photo: AAP

A man wrongfully imprisoned for murder for almost two decades wants at least $18 million from the ACT government.

David Eastman is seeking damages for the time he spent behind bars for the 1989 murder of federal police assistant commissioner Colin Winchester.

The 74-year-old was found not guilty at a retrial last year after his original conviction was quashed in 2014 over concerns surrounding the original evidence.

He pleaded not guilty to the shooting murder in 1993 but received a life sentence two years later.

He is seeking compensation under the ACT Human Rights Act, which allows people to pursue payment for wrongful imprisonment.

Peter Garrisson, the silk representing the territory, argued because the act took effect in 2004, it did not apply to Mr Eastman as he was sentenced in 1995.

The territory government also argued Mr Eastman did not meet all the criteria for compensation under the act.

Mr Garrisson said the government had offered an act of grace payment to Mr Eastman because it felt it had a moral obligation.

Mr Eastman rejected the payment, which would have seen him waive his rights to seek further compensation.

The court has heard Mr Eastman was subjected to physical abuse and death threats during his time in prison, and was taunted by staff.

He attempted suicide in December 2000.