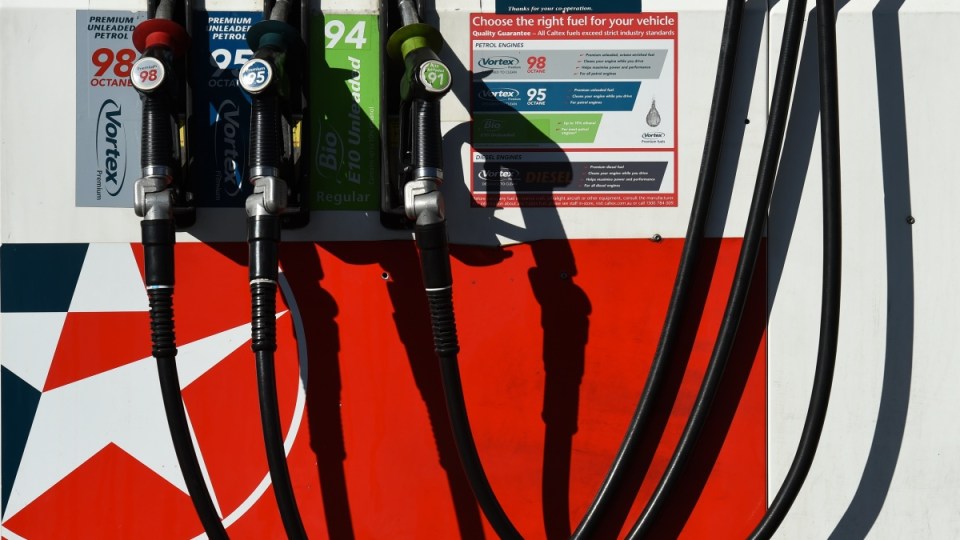 Petrol prices are heading north as drivers hit the roads for the long weekend. Photo: AAP

Motorists in Queensland and New South Wales thinking of filling up on the cheap before setting off for the long weekend should think again.

Sydney is expected pay an average of 166 cents per litre on Wednesday, and that price won’t drop again until next week after the Labour Day holiday, according to the NRMA.

In Queensland, where holidaymakers are preparing for the Queen’s Birthday long weekend, drivers have been warned they could soon be paying record prices to fill up.

NRMA spokesman Peter Khoury said the increased volatility of world oil prices is to blame – although some analysts say oil companies have exploited recent shocks to ramp up profit margins.

I wish we had better news to share leading up to the holidays. Blowing up a refinery in Saudi Arabia was always gonna hit us at the bowser here in Australia sooner or later. Get on the @NRMA app because there are still some bargains in Sydney – for now. https://t.co/B52ehPlOEJ

“We knew the attacks in Saudi Arabia, along with the ongoing trade war between the United States and China and a weaker Australian dollar would all work against our members here at home and we are now confronted with 11-year high prices just as families are going away,” Mr Khoury said in a statement.

But fuel analysts have told The New Daily that some service stations have started slugging motorists an extra 30 cents per litre since the oil field attacks.

The hike comes despite wholesale costs temporarily rising by no more than eight cents per litre.

The Royal Automotive Club of Queensland expects petrol prices to peak on Wednesday when the record average of 169.9 cents per litre across Brisbane, set a year ago, could be eclipsed.

Prices in some areas in southeast Queensland have already exceeded $1.70, the RACQ said.

“We’re urging motorists if they see these high prices, to keep on driving past,” RACQ spokesman Paul Turner said.

Petrol prices are set to skyrocket to the highest they’ve been in 11 years in Sydney. #9Today pic.twitter.com/YAY1zLelf9

The smart thing to do is wait to fill up, or only top up your tank, if you want to avoid the hit to your wallet.

The worst looks to be over in Adelaide and Perth, though. There, prices are slowly come down after a peak of 169.9 cents per litre.

The NRMA says Sydney families on average spend about 20 per cent of their weekly budget on transport costs and the high prices come when families can least afford them.

“Not only are they paying for it at the bowser but they’re paying for it in terms of the broader impact on the economy,” Mr Khoury told reporters.

Mr Khoury said relief is on the way, with a slight fall in world oil prices to improve prices by 10 cents per litre later this month.

In the meantime, he said: “Stay out of the servos if you can. If you have to fill up, do your research.”

Motorists under the pump as record petrol prices expected for weekend