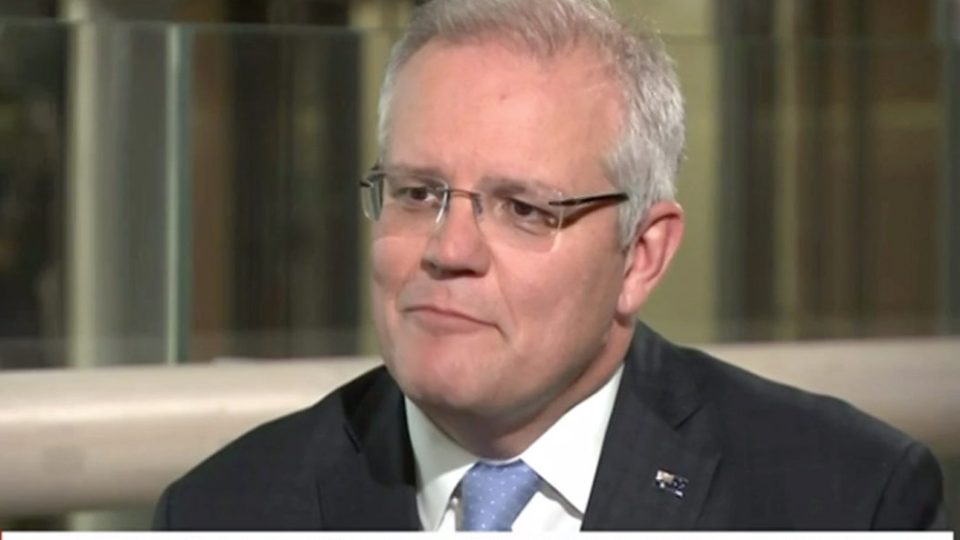 Prime Minister Scott Morrison has dismissed as “very unusual” the suggestion he might be prepared to hand over a classified three-page diplomatic memo detailing Alexander Downer’s role in sparking the Russian probe to the US President Donald Trump.

Mr Morrison said he had “nothing to hide” about the actions of diplomats, but signalled there are limits to our willingness to hand over classified material.

“Well, it would be a very unusual thing to do and Australia would never do anything that would prejudice our national interests,” Mr Morrison said.

“No information should be shared that is contrary to Australian national interests. And none will be.”

In his first public comments over revelations in The New York Times the US President personally lobbied him to co-operate with the investigation, the PM insisted the conversation as “uneventful” and routine.

“It was a very brief conversation and it was not one I’d characterise as being laden with pressure. It was a fairly polite request for something the Australian government had already made pretty clear it was quite happy to do,” Mr Morrison told Sky News.

“I mean we’d said we were prepared to assist and co-operate with that investigation, which is not unusual.

“Now Australia would never do anything contrary to our national interests but this would have been I think frankly more surprising had we chosen not to co-operate, I think.

“On what possible basis would we do that? We’ve got certainly nothing to hide.”

If the President and the department of Justice want the transcript of my meeting with Downer, they will get it. In its entirety.

The saga centres on the role of former foreign affairs minister Alexander Downer in tipping off US authorities that a Trump foreign affairs adviser George Papadopoulos was boasting that the Russians had “dirt” on Hillary Clinton.

Mr Downer, who was then Australia’s top diplomat in the UK, learned of the plot over gin and tonics at a London wine bar in 2016.

A three-page diplomatic cable was sent by Mr Downer after those discussions to the Department of Foreign Affairs detailing what he had learned.

Australia subsequently alerted US intelligence agencies to the claim, sparking a long-running probe into claims Russia tried to interfere with the US elections.

Despite multiple appeals, the document was redacted under Section 33(a)iii of Australia’s FOI Act because it “could reasonably be expected to cause damage to international relations”.

“Release of the full contents of this document could reasonably be expected to damage the bilateral relationship with the United States, and relationships with other partners with which we engage closely,” the document states.

But Mr Morrison left open the door to to US investigators interviewing Mr Downer, whose evening of gin and tonics with a Trump foreign affairs adviser sparked the saga.

“Well we will co-operate with these sorts of requests and you know that is a matter for DFAT and those individuals to facilitate,” he said.

The PM refused to be drawn into ex-Trump adviser George Papadopoulos‘ claim that Alexander Downer was a fool and a spy, or whether there was a transcript of the talks.

“Oh well it’s all very salacious commentary about a meeting which I’m sure whips up people’s interest but I’m not going to add to his own breathless commentary on these issues,” he said.

“I’ll leave the hyperventilation on these matters to others who are far better equipped to practise it.”

“Look it’s disappointing that Mr Shorten and Mr Albanese have gone down this path. I think it shows signs of unresolved bitterness on Mr Shorten’s part,” he said.

“I think it’s a bit disappointing and I think the fact that Australia has a good relationship with the United States is not something that should be, I think, denigrated in the way they’ve sought to do that.

“I think that’s been a fairly opportunistic and frankly immature response.”

Mr Morrison also refused to budge on his refusal to confirm or deny he urged the White House to invite his friend, Hillsong Pastor Brian C Houston, to attend the state dinner.

“Frankly I’ve noticed again the commentary on this and I’ve noticed the rather aggressive statements that have been made about Pastor Brian Houston and his wife,” he said.

“I’ve found that all a very unfortunate incident and particularly for those who are very upset about some issues that have occurred many years ago as well.

“I’m not going to go into the habit just because one journalist somewhere in the world talks to someone who won’t put their name to it, and all of a sudden apparently we got to play 20 questions.

“That’s just not how I’m going to operate.

“If people have an established source who’s prepared to put their names to things well that’s a different matter.”