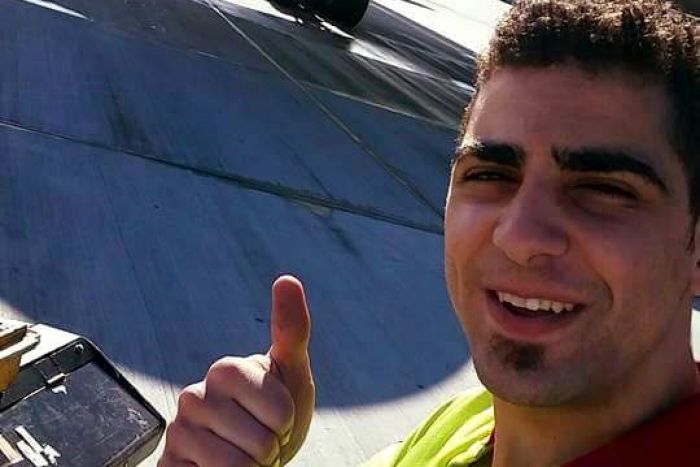 The judge accepted that an apology offered by Paul Sant for the fake calls was genuine and he was "remorseful". Photo: Facebook

A former baggage handler who made a fake mayday call and sent other false transmissions to aircraft around Melbourne Airport in 2016 has been spared jail.

Paul Sant, 22, had pleaded guilty to three charges, including endangering aircraft and passengers, and interfering with radio communications.

In October 2016, the former Virgin Australia employee used a radio transmitter to send messages to four passenger jets, trying to get them to change course.

In a fifth incident, he imitated a pilot and issued a false mayday call.

The hoax was detected by air traffic controllers and the planes landed safely.

He was sentenced to two years in jail, but the term was effectively suspended on what is known as a “recognizance release order” where he must abide by a number of conditions including seeking mental health treatment.

County Court Judge Felicity Hampel described his actions as “dangerous and [that] could have had terrifying, perhaps fatal consequences”.

“Such behaviour is totally unacceptable,” Judge Hampel told him.

“You may have been young. You may have thought it was just for fun and funny but [there was] the potential for real, serious and significant harm.”

Last week the County Court released an apology written by Mr Sant in January last year in which he said he was “oblivious to the potential danger” of his actions at the time.

Judge Hampel accepted that the letter was genuine and was an “indication you accept you are responsible for your conduct and you are remorseful”.

The court heard just before the hoax calls, Mr Sant had lost his job at Virgin Australia as a baggage handler but had continued to put on his uniform and pretend to go to work.

Using a radio transmitter, he told Virgin Flight 1371 to “abort take-off” even though it was coming in to land from Launceston at about 3:47pm.

The air traffic controller alerted the pilot of VA 1371 to the hoax and it landed as normal.

At 4:07pm, Mr Sant sent a “go around” message to Jetstar Flight 477 which was flying in from Newcastle.

A “go-around” order directs a pilot to ascend and circle or stay in the vicinity of the airport until instructed to land.

At 4:30pm, Sant sent another “go around” instruction to Qantas Flight 443 from Sydney which was set to land.

Again, the control tower was able to detect the hoax and avoid an incident.

Two days later, Mr Sant targeted Virgin Flight 740 as it brought holiday-makers home from the Gold Coast around 3:30pm, with another “go around” order.

This time the pilot did not realise it was a hoax and changed course, putting the aircraft outside the safe separation zone of 3 nautical miles between aircraft.

The court heard the plane came within 1.8 nautical miles of Jetstar Flight 740 which was preparing to take off from Melbourne.

“With a hoax there’s no way you can lessen the risks — it creates a potentially dangerous situation.”

At 7:30pm that evening, Mr Sant pretended to be the pilot of a light aircraft, making a mayday call.

The court heard the air traffic controller detected something was wrong when the aircraft did not appear on the radar at the location the pilot called in.

During last week’s plea hearing, the court was told the hoaxes had the potential to disrupt up to 90 minutes of scheduled landings in Melbourne, with run-on effects in Sydney and Brisbane.

The court also heard that if the pilots had responded to the transmissions there could have been the risk one of the aircrafts ran low on fuel.

The court heard Mr Sant claimed to have thrown the radio transmitter into a lake in Caroline Springs.

But when police drained the lake they did not locate it.

Sant was 19 at the time of the offending.

The court heard Mr Sant had behavioural issues from the age of three, came from a dysfunctional family and had been living in state-run residential care since the age of 14.

He also has Asperger’s syndrome.

“This matter is unusual in a number of ways,” his lawyer Sam Norton told the court.

“He’s an unusual man who’s had to overcome — and is in the process of overcoming — significant obstacles to become a contributing member of society.”