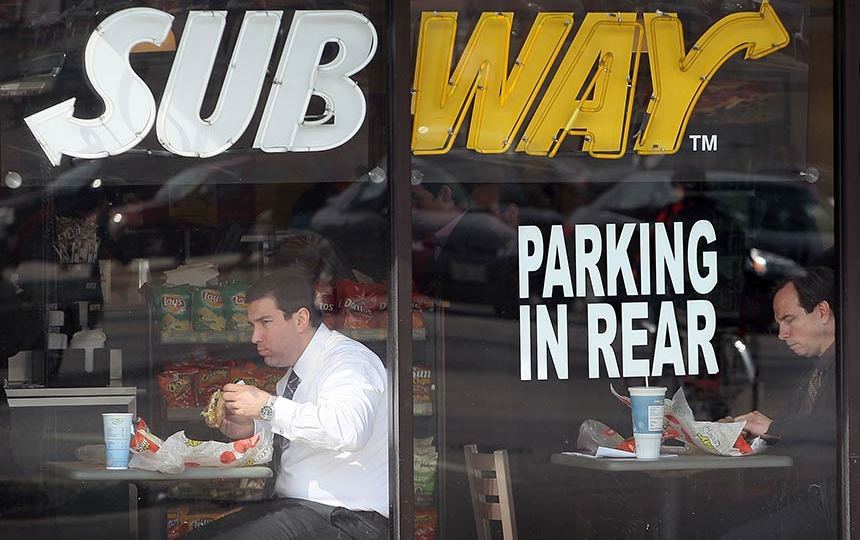 The Fair Work Ombudsman has found Subway employees have been underpaid almost $150,000 over the past two years. Photo: Getty

Fast-food chain Subway has been hit with hefty fines for underpaying workers at 17 franchises across Australia.

After a lengthy investigation into anonymous complaints, the Fair Work Ombudsman has recovered $81,638 in unpaid wages for 167 current and former employees.

Among the breaches, the ombudsman found Subway failed to pay the employees minimum wages, casual loadings, holiday and overtime rates, and did not issue proper payslips or keep proper employment records.

Fair Work Ombudsman Sandra Parker said she was very concerned at the rate of non-compliance at the Subway franchises where workers were underpaid.

“Half of the underpaid Subway employees were young workers or from a migrant background, which can make them particularly vulnerable to exploitation,” Ms Parker said.

“For many of these workers, it might have been their first job and they could be unaware of their workplace rights or scared to raise issues with their boss.”

“Franchisors can be held legally responsible if their franchisee stores don’t follow workplace laws. The community expects head companies to assure themselves that all the stores in their franchise network are paying workers their correct wages and entitlements.”

Over the past two years, the Fair Work Ombudsman has recovered almost $150,000 in withheld wages and entitlements for Subway employees.