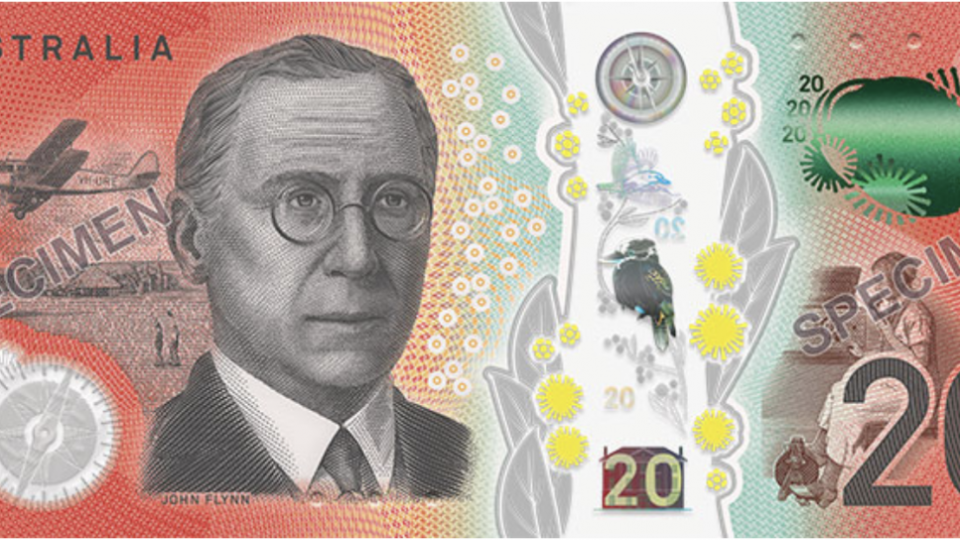 The $20 note will be released into general circulation on October 9.

Australia’s new $20 note has a tactile feature to help the vision impaired.

It was unveiled at Vision Australia in Melbourne on Tuesday morning.

“These tactile features enable the 350,000 Australians who are blind or have low vision to now accurately and easily identify the cash they are handling, like the rest of the community, and that’s how it should be,” Vision Australia government relations manager Chris Edwards said.

For blind or low-vision users, the $20 has three raised bumps along its long edges to help distinguish it from other denominations.

It retains portraits of two significant Australians – ex-convict, entrepreneur and philanthropist Mary Reibey and the Reverend John Flynn, who set up the Royal Flying Doctor Service – from the previous $20 note.

The new note also incorporates security features introduced in the $5, $10 and $50 banknotes issued progressively since 2016 – such as the top-to-bottom clear window that contains dynamic features, including a reversing number and flying bird.

The Reserve Bank’s program of updating Australia’s banknotes will be completed with the launch of the new $100 note some time in 2020.

The note goes into circulation on October 9.