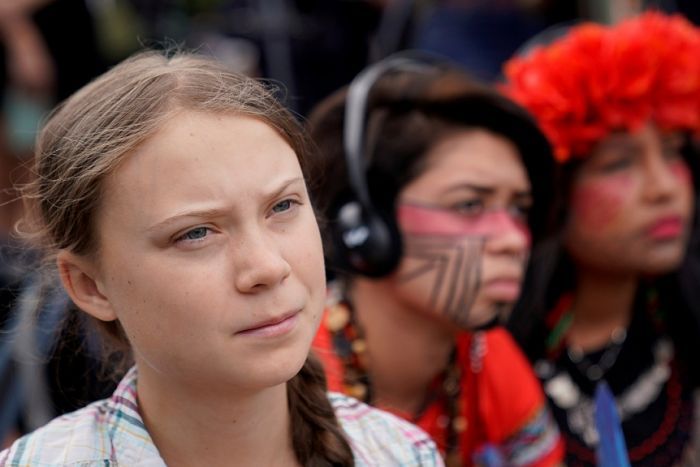 A private school principal has been criticised for branding climate activist Greta Thunberg “a little girl with … mental problems” in a newsletter.

In his last update before the holidays, the principal of Coffs Harbour Christian Community School Rodney Lynn told students and parents “your world’s future is in the hands of God, not in the predictions of a little girl”.

Although he did not name Ms Thunberg, 16, he made reference to “a little girl from Scandinavia” who was promoting “doomsday waffle talk”.

“No one knows when the final wind up of the world will be,” he wrote.

“Jesus said no one, only the Father God, knows about that day or hour.”

Ms Thunberg’s climate activism started as a one-person school strike, and has since swelled into a global movement of millions.

She addressed the United Nations last week, accusing politicians of failing her generation.

But Mr Lynn urged people not to listen to her sayings she was a “little girl with self-declared various emotional and mental problems that she thinks give her a special insight into a pending doom”.

“My life experience has taught me that the doomsday predictors are just attention getters”, he said in his September 26 newsletter.

“Do not be afraid. Your world’s future is in the hands of God, not in the predictions of a little girl and false prophets.”

Mr Lynn’s views have been condemned by religious leaders in the area, and some parents.

“I guess the newsletter is primarily aimed at parents rather than children, but it’s a view that encourages people to not to take any responsibility for looking after the planet,” he said.

“It of course expresses the idea that somehow or rather what we find in scripture trumps what we known from our own observation and our scientific research.”

Trevor Crawford has two children at the school and said: “It’s great that kids get up and stand up for what they believe in but I think as a principal that he should be promoting that.”

An estimated 6 million marchers participated in the global climate strikes, led by Ms Thunberg, on September 20 and 27 this year.

“I’m surprised that a school principal doesn’t recognise that.”

Mr Lynn’s position is also at odds with some other religious leaders.

Earlier this year, Pope Francis declared a “climate emergency” and said “our children and grandchildren should not have to pay the cost of our generation’s irresponsibility”.

The newsletter was published a day after Prime Minister Scott Morrison warned against causing children “needless anxiety” about climate change.

The school, and Mr Lynn, have been contacted for comment.