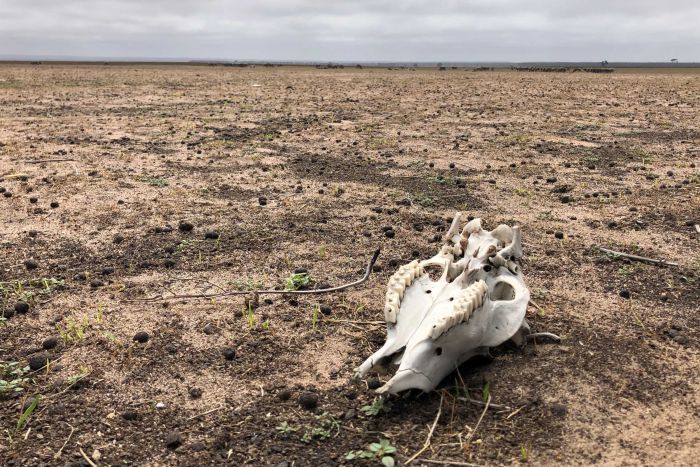 Parched and lifeless under the relentless sun of the hottest year on record, Australia was ready to burn. Photo: ABC

The Federal Drought Minister wants an audit of Bureau of Meteorology rainfall figures as a Victorian councillor rejects the need for his shire to receive $1 million in drought support.

Moyne Shire Council in south-west Victoria got the money in last week’s drought funding boost, but farmer and councillor Colin Ryan says there is just one problem.

“We’re not drought affected. We don’t need the money for drought reasons and I believe it should be redirected to more deserving areas of Australia,” he told AM.

Drought Minister David Littleproud defended the grant and said it was based off Bureau of Meteorology figures that predicted a dry summer ahead.

But in the face of criticism about the funding, he said he wanted the numbers used to allocate the funding checked.

“I’ll be asking for a forensic audit by the bureau to make sure their data collection was right,” he said.

“But that is the science that we predicate our decisions on and it should be. It shouldn’t be a politician’s decision, it should be predicated off the best science, and the bureau are the ones that provide that to us.”

It is unclear if Mr Littleproud is seeking an audit of all bureau rainfall figures or just those for the Moyne shire.

But he insisted the government’s intent was to use science to determine drought support funding.

“There’s a methodology that’s put in place, that’s predicated off the Bureau of Meteorology,” he said.

“They drought map each shire and as at the 30th June, according to the Bureau of Meteorology, 62 per cent of that shire was in drought.”

“I thought it must have been a spelling mistake or something,” Cr Ryan said.

The district is in the federal electorate of Wannon, held by Education Minister Dan Tehan.

Mr Tehan’s office did not respond to questions from the ABC about whether he had been involved in the granting of the $1 million.

“It’s inconceivable the money could be given to a council which itself says it doesn’t need the money,” Shadow Agriculture Minister Joel Fitzgibbon told AM.