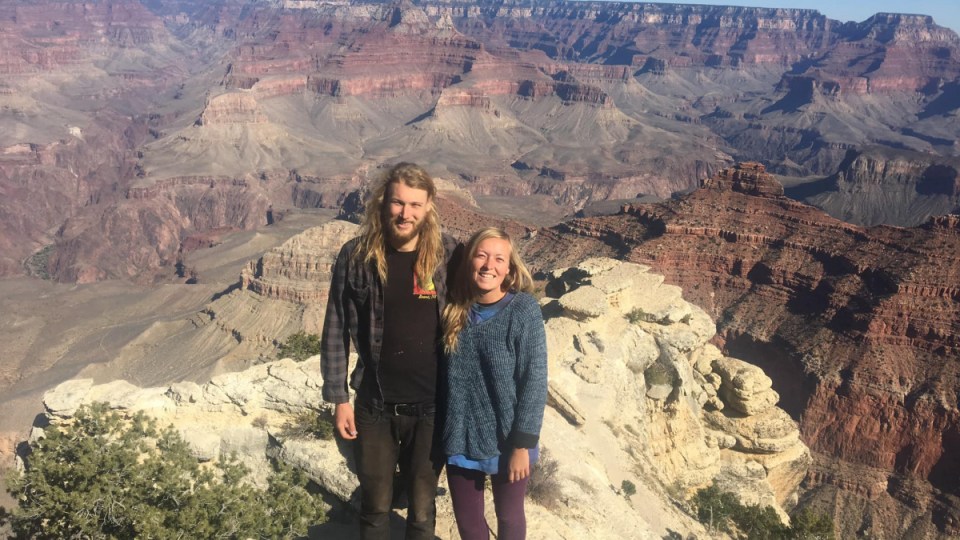 Friends and family have been sharing photos of Lucas and Chynna from their many travels. Photo: Facebook

Friends of murdered travellers Lucas Fowler and Chynna Deese are uniting around the world to celebrate the Sydney man’s birthday, as family urged the community to remember the young couple for the spirited way in which they lived.

It comes as details have emerged about the chilling near-misses of other travellers who encountered the pair’s killers during a murderous rampage across Canada in late July.

Turning the focus, instead, to celebrating their son’s life, Mr Fowler’s parents shared new photographs of the mechanic in a touching tribute to a “great young man” in the lead up to his birthday.

As the milestone heightens the grief felt by loved ones of the murder victims, the Deese family in the US also shared memories of Mr Fowler.

“Most nights home I wait up listening to hear my sister walking down the driveway on the phone with Lucas coming home from work,” sister Kennedy Deese wrote on Facebook on Monday.

“I was suppose to be her protector. Radio silence. Things like this change a person.”

The Fowler family asked friends and relatives to take to social media on Monday – the day he would have turned 24 – with photographs of them raising a glass to “great times shared and great friends”.

“Obviously it will not be an easy day for us, but it is a day to celebrate a great young man taken from us all far too early,” the family wrote in an online tribute.

“It would help us to know that Lucas’ friends are thinking of both Lucas and Chynna on his birthday. It would be great to see you upload a photo of you raising a glass to Lucas and Chynna or putting up a photo from your album that reminds you of them.”

Ms Deese’s mother wrote that she would have her daughter’s beloved boyfriend in her prayers on Monday.

“What a privilege to know him and we will cherish our memories,” Sheila Deese wrote to the Fowler family.

The Fowler family made the request as Royal Canadian Mounted Police still hope to find witnesses who may have encountered triple-killers Bryer Schmegelsky, 18, and Kam McLeod, 19.

Police evidence gathered since the bodies were discovered has uncovered that the killers were planning more shootings.

Witnesses have told police about frightening encounters with the pair, including a shocking tale of being approached by a man holding a long gun in a “tactical or hunting stance”.

The witness told police that at 11.40pm on July 17 he had pulled over off the Alaska Highway to take a nap.

“Within 5 minutes of being parked, a truck with camper drove past him and stopped about 50 yards ahead,” a police report released at the weekend stated.

“An unknown male got out of the passenger side of the truck holding a long gun. The male walked towards the tree line and started moving towards the witness in a tactical or hunting stance.

“The truck also started driving slowly towards the witness. The witness drove away from the armed male and drove past the truck.”

The day before, a traffic control supervisor is believed to have also encountered Mcleod and Schmegelsky when he offered them help with their car.

“The witness observed an older Dodge truck stopped along the Highway with the hood up and two young males,” RCMP police said.

“The witness offered assistance, but one of the males declined help and continued North bound.”

Mr Dyck’s body was found on July 19. He had bruises and burns, as well as a gunshot wound.

In an interview with local media, the Deese family has urged the community to remember the lives of Chynna and Lucas – not the names or faces of the murderers.

“She was the glue of this big, modern family,” Chynna’s brother British told the Charlotte Agenda.

The family has planted sunflowers in her honour and keeps her ashes in an ornate urn.

They urged anyone interested in honouring her to make a donation to Joni and Friends Family Retreats, a summer camp where Chynna volunteered.

Friends and family unite to remember Lucas Fowler on his birthday