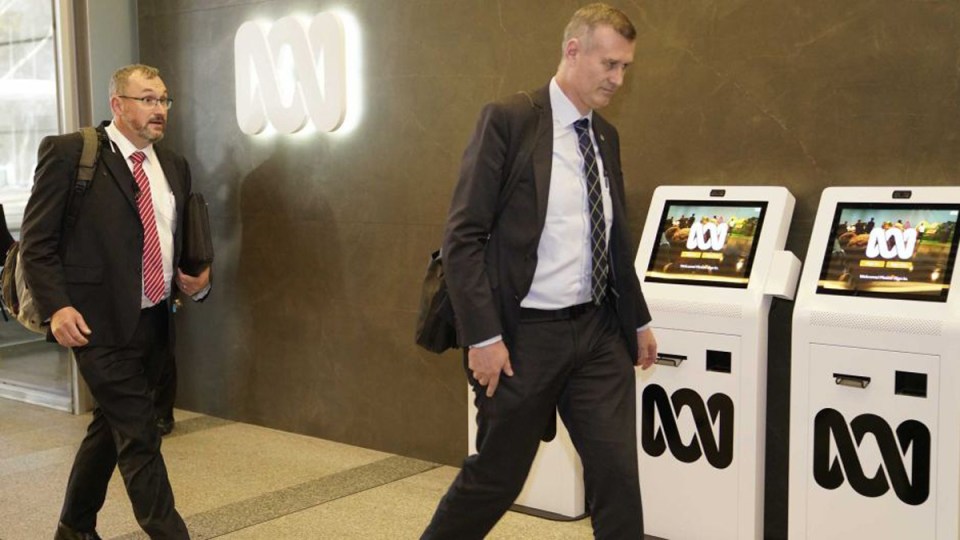 AFP officers entering the ABC headquarters in Ultimo in 2019 as part of an investigation into leaks. Photo: ABC News

The federal Attorney-General has granted limited protection that could shield ABC and News Corp employees from facing charges over their reporting.

Christian Porter on Monday has instructed Commonwealth prosecutors not to charge journalists under certain sections of Australia’s complex secrecy laws without his formal approval.

Mr Porter signed the directive to the Commonwealth Director of Public Prosecutions (CDPP) on September 19 but the details only emerged on Monday.

“The direction means where the CDPP independently considers that there is a public interest in a prosecution for one of the relevant offences involving a journalist, the consent of the Attorney-General will also be required as a separate and additional safeguard,” Mr Porter said in a statement.

“This will allow the most detailed and cautious consideration of how an allegation of a serious offence should be balanced with our commitment to freedom of the press.”

Officers raided the ABC’s Sydney headquarters the following day over a series of 2017 stories known as the Afghan Files.

The raids prompted the heads of the nation’s major media outlets to slam the federal government’s approach to press freedom.

The media bosses called for greater protections for journalists and whistleblowers.

The directive does not make mention of any individual cases and does not rule out the prospect of the journalists facing charges.

The Attorney-General said it would be inappropriate to comment on individual cases that could be presented to him.

“I have previously said that I would be seriously disinclined to approve prosecutions of journalists except in the most exceptional circumstances and would pay particular attention to whether a journalist was simply operating according to the generally accepted principles of public interest journalism,” Mr Porter said.

“If such a request came before me, I would, as first law officer consider the evidence, and it would be inappropriate to form a view before this time.”

Greens senator Sarah Hanson-Young, a proponent of a parliamentary inquiry into press freedoms launched after the raids, demanded Mr Porter rule out charges against Smethurst and the ABC’s Dan Oakes and Sam Clark.

“The Attorney-General should announce today that the three ABC and News Corp journalists will not be charged,” she said.

“What we need is legislated safeguards to guarantee the freedom of the press and whistleblower protections. These protections must be independent of the government.”