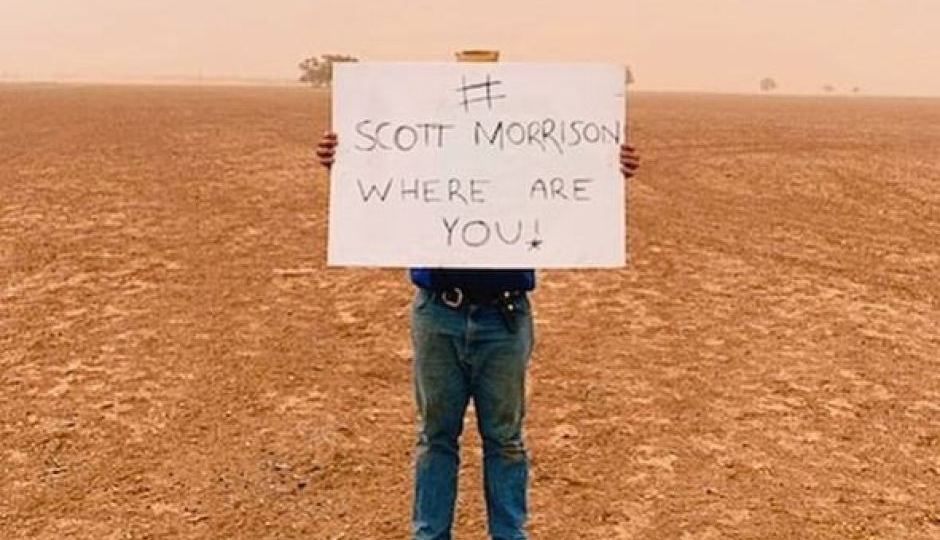 Farmers and communities grappling with drought will get almost $100 million in extra assistance as the crippling dry spell continues to bite.

But Labor argues the money is too little, too late.

The package includes $33 million to restart the mothballed Drought Community Support Initiative, which will give up to $3000 to eligible households.

A further 13 councils across Queensland, NSW, Victoria and South Australia will get $1 million each for local projects.

There’s also up to $51.5 million to overhaul the Farm Household Allowance, a payment with a similar rate to Newstart for producers doing it tough.

The eligibility criteria will be extended and simplified, with the government estimating less than 7000 of the 24,000 eligible households are currently accessing the payment.

Mr Morrison said more cash and less red tape was needed to help drought-hit towns ahead of his arrival in Dalby on Queensland’s Darling Downs.

“As I’ve said before, this isn’t set and forget. We need to keep listening and keep taking action,” he said.

Labor leader Anthony Albanese welcomed the funding but was critical of the coalition’s sluggish response.

“This is too little, too late from the prime minister,” Mr Albanese told reporters in Sydney.

Drought Minister David Littleproud has warned the drought breaking will not result in a quick fix.

“The only panacea to this is rain. It’s not just one rain event it’s going to take a couple of years for people to get back on their feet,” he told Sky News.

He said it was time for other states to “lift a finger” on building dams to drought-proof Australia after praising NSW for putting its hand up for projects.

“We perpetrate our own misery in this country by saying why can’t we do things instead of how can we,” the minister said.

The opposition also attacked the government on drought after Mr Littleproud told the Senate that Barnaby Joyce had failed to produce a final report as drought envoy.

“As far as I’m concerned Barnaby Joyce did a fantastic job sitting at kitchen tables, listening to people and coming back and directly reporting to the prime minister and cabinet,” he said.

Mr Joyce has angrily rejected suggestions he failed to deliver, claiming he compiled multiple reports and made hundreds of representations on behalf of farmers.