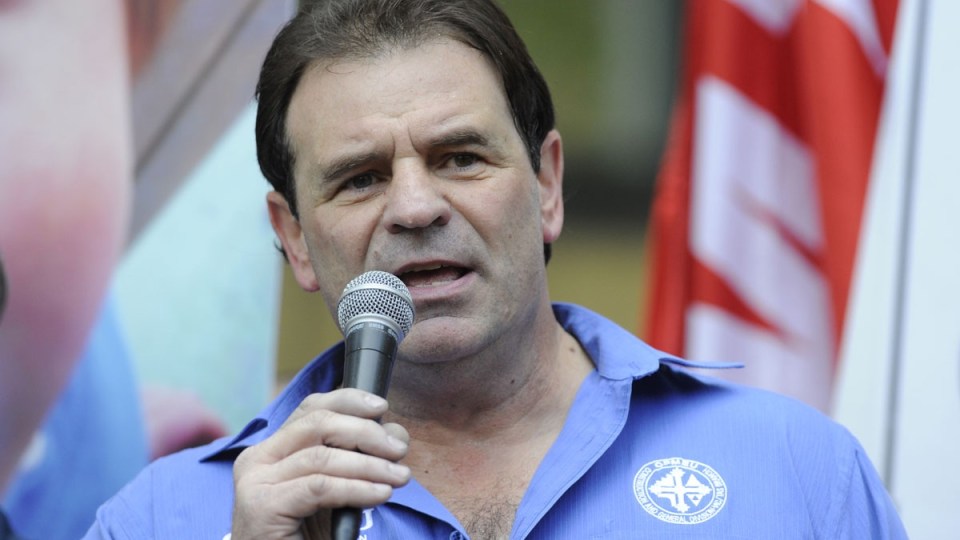 Construction union official John Setka has accused Jacqui Lambie of blackmail as he campaigns against a coalition government crackdown on unions.

Mr Setka, who has already been referred to police and a parliamentary committee for allegedly threatening senators over their support for the laws, singled out the Tasmanian crossbencher on Wednesday.

“The last thing that Australian working families need is Jacqui Lambie’s personal attempts to blackmail myself, our members and 13 million other Australian workers,” he said in a full-page ad in The Herald Sun.

“I implore all Australian workers not to be distracted by this well organised personal campaign against me, and instead contact senators and urge them to reject these extreme workplace laws.”

The coalition is using Mr Setka as the poster boy for its “ensuring integrity” bill, which makes it easier to ban rogue unions and their officials, while also making it harder for unions to merge.

In the full-page ad, written as a letter to the public, Mr Setka points to the construction union’s work improving wages and workplace safety.

“No politician has the right to dictate who should lead a union,” he said.

“It’s crucial that neither I, nor any union, ever gives in to blackmail. At the end of the day our members want me to stay, so I stay.”

Senator Lambie has threatened to support the legislation unless Mr Setka resigns as Victorian boss of the CFMMEU.

The Tasmanian, along with Centre Alliance duo Stirling Griff and Rex Patrick, last week initiated an inquiry to investigate Mr Setka for a possible contempt of parliament.

The trio claim they were threatened when he told a shop stewards meeting they would face abuse in the streets if they supported the bill.

Mr Setka remains locked in a legal battle with Labor after being suspended for bringing the party into disrepute.