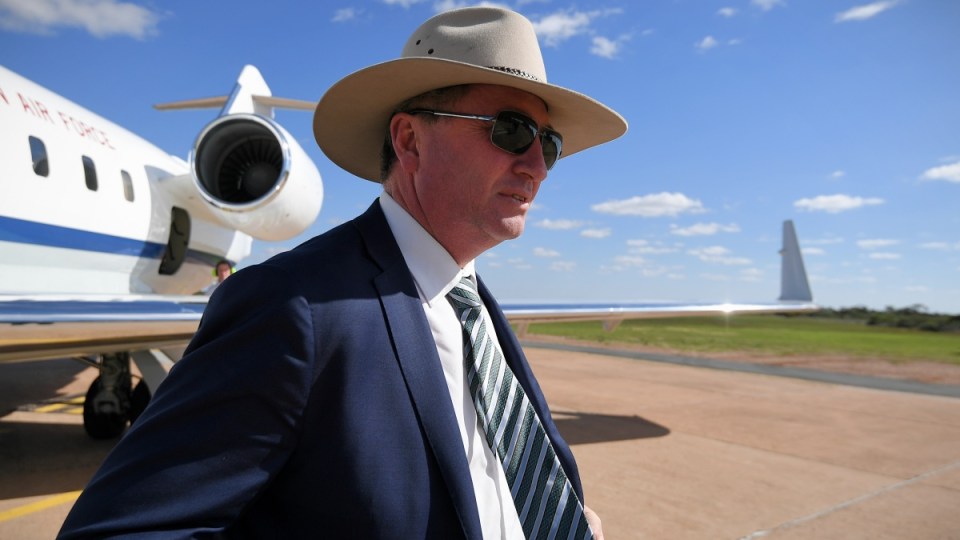 Barnaby Joyce has maintained his claim he submitted reports on his time as a special envoy on drought. Photo: AAP

Barnaby Joyce has launched a strident self-defence of his time as drought envoy after copping flak for failing to produce a final report.

In a video posted to Facebook on Tuesday, the Nationals backbencher sifted through letters from the Prime Minister about his feedback on the drought, before taking aim at Labor frontbencher Joel Fitzgibbon.

“Look at this correspondence and reports pertinent to the drought,” Mr Joyce said.

“So, you goose, stop saying I never sent off reports.”

Scott Morrison appointed the former Nationals leader to the role days after he became PM in August last year. The role ended at the federal election in May.

Mr Joyce’s Facebook video came as The Guardian reported that he spent less than three weeks in drought-affected communities outside of his electorate in his nine months as a special envoy.

The publication said it had obtained MP travel records that showed Mr Joyce claimed $675,000 in expenses for that time (including his normal work as a backbencher).

Among Mr Joyce’s claims were a $15,000 private charter for a day trip to Longreach, Bedourie and St George, and a second chartered trip to Charleville, which cost $5600 for a delivery of hay by the rapid relief team.

Last week, Labor asked for Mr Joyce’s final report from his work at drought envoy. Drought Minister David Littleproud told Parliament that no such document had been submitted.

Since then, Mr Joyce has said he “actually sent heaps of reports to the Prime Minister”, including text messages.

Labor has labelled the special envoy role a farce.

“Barnaby Joyce’s appointment was clearly a farce to keep him busy and stop him hunting down Michael McCormack,” Opposition Leader Anthony Albanese said on Tuesday.

Mr Fitzgibbon, a Labor frontbencher, has called for Mr Joyce to release his communication with the PM, including the text messages.

He said Mr Joyce had so far offered “five different explanations for his failure to do his work properly”.

“The claims can’t all be right and the Prime Minister can clarify the matter by releasing any documents Barnaby Joyce submitted,” he said.