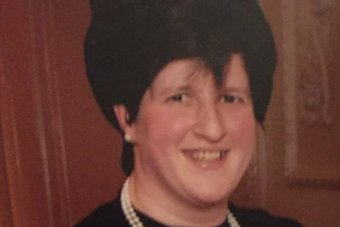 This was the 57th time Malka Leifer's case came before an Israeli court since her 2014 arrest. Photo: ABC

A court in Israel has further delayed the extradition of a former Melbourne school principal accused of sexually assaulting her pupils.

The Jerusalem District Court has ordered an expert panel of psychiatrists to assess Malka Leifer to see if she is mentally fit to be extradited to Australia.

Victoria Police has charged the former principal of the Adass Israel School with 74 counts of child sexual assault.

Malka Leifer left Melbourne in the middle of the night when the allegations against her surfaced in 2008.

She is in jail in Israel after private investigators obtained video of her living normally in an orthodox Jewish settlement, shopping and socialising, in contrast to her defence team’s submission to the courts that she was catatonic and unable to leave her home.

The decision follows dozens of prior psychiatric assessments and allegations of political interference aimed at blocking Ms Leifer’s extradition.

One of Malka Leifer’s alleged victims, Nicole Meyer, described the judge’s decision as a great disappointment.

“We’re feeling very let down today from the decision that’s been handed down by the courts,” she said.

“We were expecting a much more positive outcome and we were really hoping that the extradition process would begin today.”

Israel Police have recommended the country’s Deputy Minister of Health Yaakov Litzman be indicted for pressuring psychiatrists to find Malka Leifer was unfit to be extradited, because she is from the same orthodox Jewish sect as him.

The hearing was the 57th time the case has come before Israel’s courts since Malka Leifer was arrested in 2014 and many supporters of the alleged victims attended court in Jerusalem.

“This is a very disappointing decision. The courageous victims … have been waiting for years for this day, for justice,” victims’ rights campaigner Manny Waks said outside court.

“The Australian community is awaiting the outcome of this decision and what we are seeing is the continuation of a farcical situation.”

The court will hear more arguments next month about who will sit on the panel, before the psychiatrists submit a final report on Ms Leifer’s mental fitness on December 10.