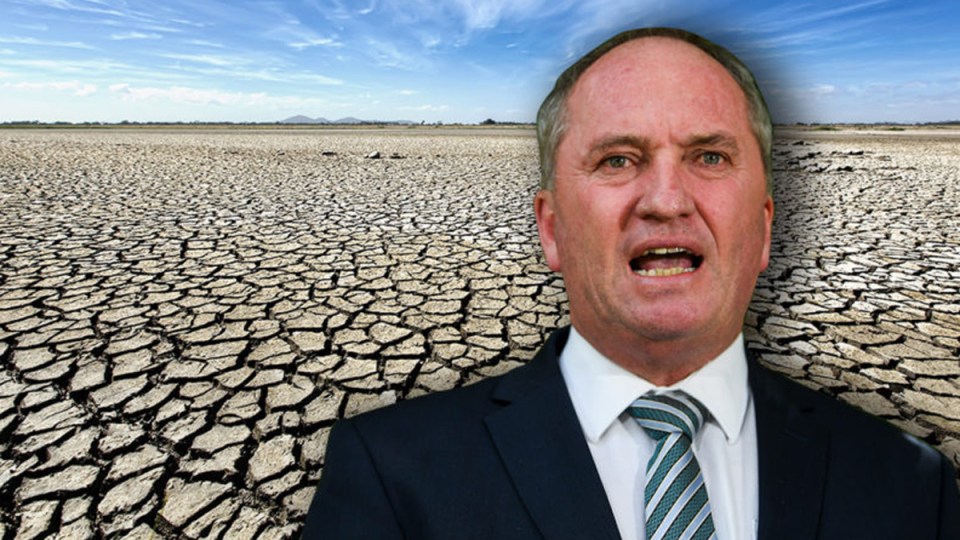 Barnaby Joyce wants to know more about the cost of acting on climate change.

Barnaby Joyce claims he sent “heaps” of reports to the Prime Minister during his time as drought envoy.

The Nationals MP has copped harsh criticism after it was revealed he never produced a final report.

“I actually sent heaps of reports to the Prime Minister,” Mr Joyce told the Seven Network on Monday.

Mr Joyce told the ABC on Friday he had “reported directly to the Prime Minister on numerous occasions” and had raised concerns farmers had dealing with government departments and charities.

HIs claims followed a letter from Drought Minister David Littleproud to Parliament, which said the government would not make reports from its special envoy public because there were none.

“The request for the former special envoy for drought assistance and recovery’s report cannot be complied with as he did not prepare a final report and as such, no document exists,” Mr Littleproud wrote.

Mr Joyce, the former deputy prime minister, lost his role as special envoy at the May election.

On Monday, Labor frontbencher Tanya Plibersek said the Coalition had squandered much-needed money by appointing Mr Joyce to the role.

“I’m really distressed that more has not been done for farmers,” she told the Nine Network.

“Wouldn’t that money have been better spent actually helping people on the ground, rather than having a summit, a coordinator, an envoy, and a future fund that doesn’t actually spend any money until 2020?”

Agriculture Minister Bridget McKenzie has pushed back against calls to fast-track drought funding.

“The reality is money is flowing into those communities right now,” Senator McKenzie said.

“There are over 20 councils who are drought affected who are receiving a million dollars each to make sure their small businesses are actually having money clicking through them while the farmers are doing it tough.

“Then we’re actually looking at the long term, because this won’t be the last time our country goes through the drought.”

As envoy, Mr Joyce visited communities across eastern Australia grappling with the prolonged dry spell and provided advice to government.

It is understood he met Mr Morrison several times to discuss his findings. Federal cabinet later signed off on a $7 billion plan to respond to the drought.

“Barnaby Joyce did his job as the drought envoy – he went out to communities, he listened to them and he provided feedback to cabinet as he was tasked to do,” Mr McCormack said.

“His advice was very helpful to cabinet to form better policy to make sure we can continue to address the drought and continue to stand side-by-side with, not just our farmers, but also our rural communities.”