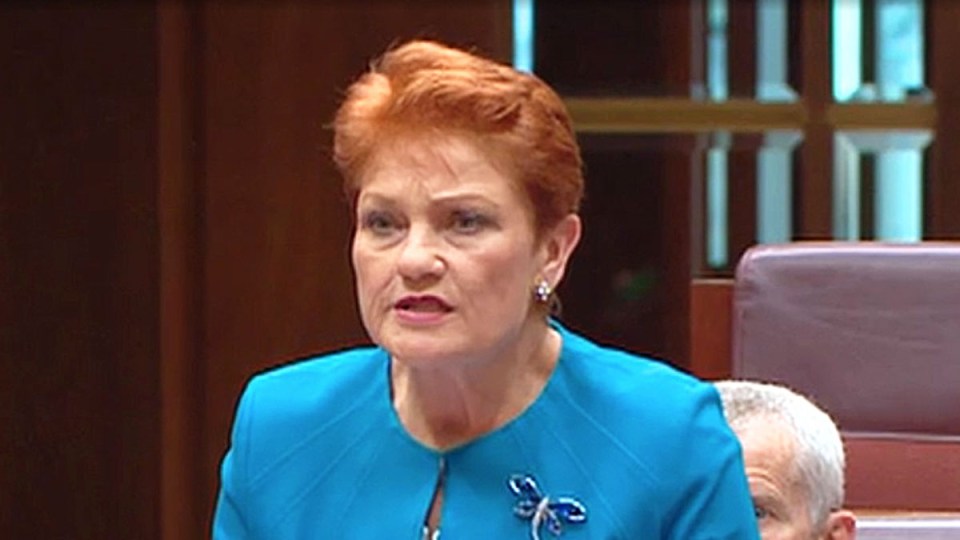 In comments Senator Hanson made earlier this week, she claimed some women made false domestic violence accusations to get custody of their children, citing her own son’s bitter marriage breakdown.

“Pauline Hanson is passionate about a lot of issues, now, she was wrong in relation to some of the comments she made during the course of the week,” the home affairs minister told the Nine Network on Friday.

“But her view is worth no more, no less, in relation to matters that she’s compassionate about and she can contribute like any other member of parliament to the committee.”

On Wednesday, Senator Hanson said the experience of her sons in the system had inspired her to call for a royal commission into the matter.

She expanded on those claims in extraordinary detail in July in the Senate, where she is protected by parliamentary privilege and cannot be sued for defamation.

“I know this feeling because, for years, my own son faced these destructive allegations in an attempt to stop him having access to his young son,” she told parliament in July.

“My ex-daughter-in-law claimed to police that my son was outside her home in Townsville, which led to a DVO [domestic violence order] being taken out against him.

“That was despite him being sick and on the Gold Coast, some 1000 kilometres away. He was forced to defend himself, at enormous expense, and was dragged through the courts.

Senator Hanson was appointed deputy chair of a new parliamentary inquiry into the family law system on Tuesday.

Anti-domestic violence campaigners including Rosie Batty were incensed by her remarks.

“I’m just not sure how you move forward with a Deputy Chair… whose starting proposition is that women lie.” @RichardMarlesMP on Pauline Hanson's appointment as the Deputy Chair of the inquiry into the Family Court. #9Today pic.twitter.com/LYfjd3OLrx

Labor opposed the parliamentary inquiry because of Senator Hanson’s role.

“I’m just not sure how you move forward with a deputy chair of this committee whose starting proposition is that women lie,” deputy opposition leader Richard Marles said.

Anti-violence campaigner Rosie Batty described the comments as “incredibly damaging” and a strong indication the senator already “had an agenda” and the inquiry would “not be balanced”.

“Obviously there are some women who do abuse the system, but overwhelmingly we know that one woman a week is being murdered at the hands of a violent man,” she said.

“The court system needs to listen and put the safety of children first. We need a system with specialised knowledge [and] that means we have to have specialisation in the court process that doesn’t currently exist.”

“I have strong issues about who is heading up this inquiry,” she said.

“I wish that she hadn’t said that, but in the end, in any parliamentary committee process, you have a diversity of views,” he told ABC News.

“The government is represented by the chair on the committee, which will be Kevin Andrews.”

“There’s a diversity of views across the community and the best way we get to a consensus position in relation to this is by fleshing out and testing and scrutinising all of the different perspectives so that we come up with the best way forward.”