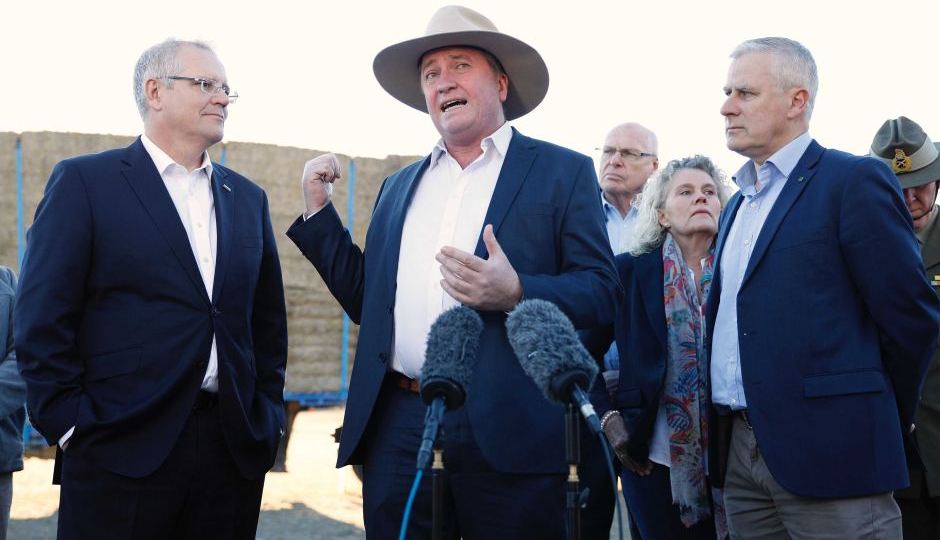 Barnaby Joyce hasn’t prepared a single report on the drought despite having been appointed the nation’s special drought envoy more than a year ago.

The revelation was unearthed when Drought Minister David Littleproud wrote to Parliament to say the Government would not be making any reports by the special drought envoy public, because no such report exists.

“The request for the former special envoy for drought assistance and recovery’s report cannot be complied with as he did not prepare a final report and as such, no document exists,” Mr Littleproud wrote.

Mr Joyce told the ABC he “reported directly to the Prime Minister on numerous occasions” and had raised concerns farmers had dealing with government departments and charities.

“Mr Joyce met with the Prime Minister a number of times to discuss his findings and he also presented these finding to the Cabinet,” a spokesperson for Mr Morrison said.

According to Mr Joyce’s website, his role as special drought envoy was as an “advocate and adviser to the Prime Minister”.

“His role was to report on the ground, from the regions, on how drought affected farmers and graziers and their communities, and how Federal Government drought relief policies were working and what improvements to help build resilience were needed,” the website states.

Earlier this week, Labor senators issued a formal request for the Government to make public the final reports by the Drought Envoy, the Coordinator-General for Drought, Major General Stephen Day, and the Drought Interagency Taskforce.

In response, Mr Littleproud said Major General Day’s final report remained confidential and was, “subject to the deliberations of Cabinet”.

He said the Government might release it at a later date.

“The Australian Government is very concerned about the deteriorating drought conditions facing many farmers and communities around the country,” Mr Littleproud wrote.

The Opposition’s agriculture spokesman, Joel Fitzgibbon, described the appointment of Mr Joyce as a “slap in the face” to drought-affected communities.

“Now we find out that the special envoy has not written a report on his role,” Mr Fitzgibbon said.

The question is, what benefit did taxpayers receive as a result of the drought envoy’s additional staff and travel resources they paid for? We now know the answer is none.