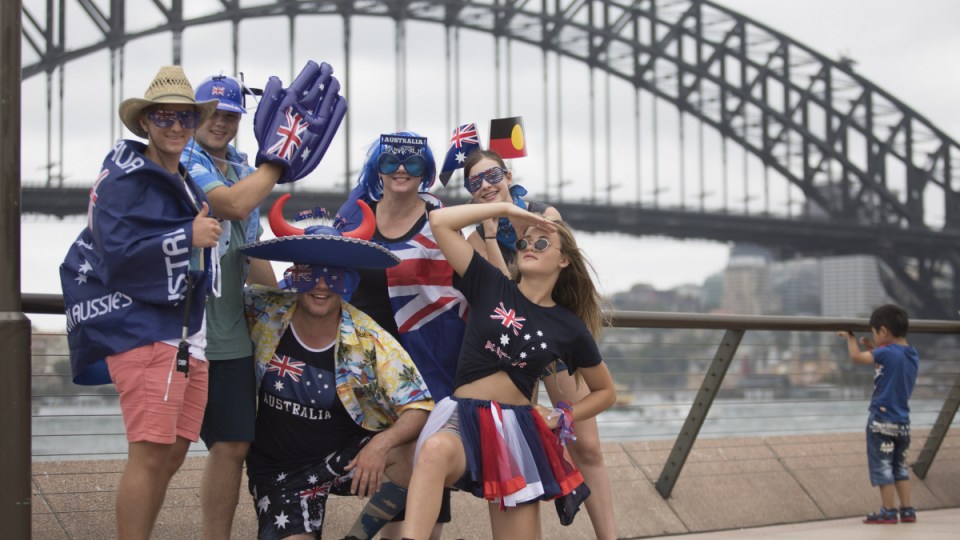 "Dress to impress" will be the new rule for Australia Day under a federal government crackdown. Photo: Getty

Local councils will be forced to hold citizenship ceremonies on January 26 under new federal government rules – and will also have to enforce strict dress standards for the presentations.

The move cements a push against dozens of councils that have cancelled Australia Day celebrations out of respect for indigenous people.

Prime Minister Scott Morrison has previously declared thongs and boardshorts are inappropriate clobber for citizenship ceremonies, although the new code will not dictate standards.

However, councils will be stripped of their right to hold the ceremonies if they refuse to comply.

“Australia Day is a chance for all Australians to celebrate our successful multicultural nation,” Immigration Minister David Coleman said on Friday.

“We want as many people as possible to receive the privilege of citizenship on January 26.”

Councils will also have to create and enforce dress standards for citizenship ceremonies. National and cultural dress will still be permitted.

The stricter guidelines come as Launceston City Council, in northern Tasmania, becomes the latest to scrap Australia Day celebrations. It voted unanimously on Thursday to hold events on January 25 instead.

“[We did this] to be an inclusive council and city where we recognise the Aboriginal community,” Mayor Albert van Zetten said.

Cr van Zetten said the council understood some would be disappointed by the decision, and might not understand it.

“I’d just like to remind people, go back and have a look at the history,” he said.

“Try to understand how you would feel if that was a day your family was on this lovely country and you were invaded and taken over.”

The City of Launceston has voted unanimously to host future citizenship and community recognition awards ceremonies on January 25, rather than January 26, out of respect for the Aboriginal community. https://t.co/gENkerpNId

“The voice of Tasmanian Aborigines are being heard,” he told the ABC.

“What we would want to see is the country collectively change its whole perception of what it is to celebrate Australia and make it a celebration of all history.”

But the changes might be overruled by the Morrison government, which earlier this year pledged to introduce legislation making it mandatory for councils to hold citizenship ceremonies on January 26.

Several Victorian councils – including the cities of Yarra and Darebin in Melbourne’s inner-north – have been stripped of the power to hold citizenship ceremonies after shunning Australia Day. In Western Australia, the City of Fremantle has also attracted government anger for announcing it intended to move its traditional celebrations from January 26.

Cr van Zetten said the Launceston council would follow any directions from the federal government.

“They’re aware of our position [but] we’ve got to do what we feel is best, as a council, and that’s what we’ve done,” he said.