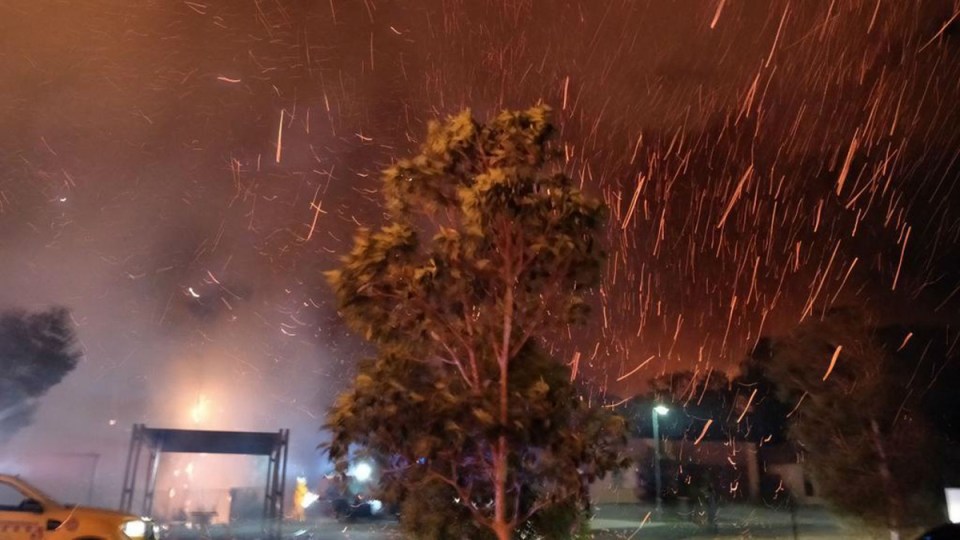 Two police offers fired their weapons in the dramatic arrest of a man suspected of lighting fires. Photo: AAP

An investigation is underway after two police officers fired their weapons during the dramatic arrest of a 53-year-old man suspected of lighting fires in north Queensland.

Police were called to Palm Grove in the Whitsunday Region about 3:00pm yesterday after a helicopter pilot witnessed a man allegedly lighting fires near Cedar Creek Falls.

Police allege when the officers found the man, he rammed their car with his vehicle.

Both officers fired at the man’s vehicle.

He was arrested and taken to Proserpine Hospital for treatment of injuries sustained in the collision.

The two officers were also treated for minor injuries.

A crime scene has been established and the matter is being investigated by the Ethical Standards Command, with oversight from the Crime and Corruption Commission.

North Queensland bushfire suspect shot at by police during arrest