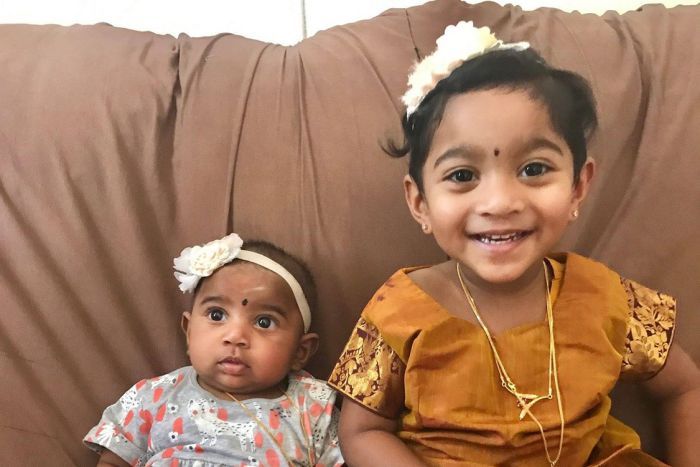 The Tamil family fighting their deportation from Australia have had a further temporary reprieve, with the Federal Court extending an injunction preventing their departure.

An earlier injunction barring their deportation to Sri Lanka until a ruling could be made on two-year-old Tharunicaa Murugappan’s immigration status expired at 4pm on Wednesday.

Just minutes before that, Justice Mordy Bromberg extended the injunction until 4pm Thursday, following a day-long hearing in the Federal Court in Melbourne.

Earlier, lawyers for the family had argued that two-year-old Tharunicaa was legally entitled to apply for a visa, and questioned whether her prolonged detention on Christmas Island is lawful.

Fresh grounds filed with the Federal Court claimed “the bar was lifted” in a period between July and August 2017, when Tharunicaa met criteria allowing her to her to apply for a protection visa.

Under the Migration Act, Tharunicaa has been deemed an “unauthorised maritime arrival”. As a child of an asylum seeker arriving in Australia by boat, she cannot apply for a visa.

Her parents, Priya and Nades Murugappan, arrived separately by boat in Australia. Tharunicaa, 2, and her older sister, Kopika, 4, were both born in Australia.

Priya, Nades and Kopika have already been refused refugee status in Australia.

The family had been living in Biloela in central Queensland until they were taken into immigration detention in March 2018. They want to return there.

Their deportation to Sri Lanka in late August was halted by a late-night injunction. They family’s plane was stopped in Darwin and they were later transferred to Christmas Island.

Breaking: Bromberg J says he is going to need time to consider his decision, and so he extends the injunction preventing the family's removal until 4pm tomorrow.

In court on Wednesday, barrister Angel Aleksov argued that Australian-born Tharunicaa had a right to apply for a visa, that her matter was “still in train” and the government had no power to deport her to Sri Lanka with her family.

“It is a very serious question about whether my client has been lawfully detained,” he said.

Mr Aleksov argued the minister should be required – and, in fact, had a duty – to consider Tharunicaa’s claim, with the only issue being whether she was “disqualified” under immigration legislation.

“It’s accepted that if the applicant has made a valid application for a visa, there is not power to remove her until it is determined,” Justice Mordy Bromberg said.

“This all turns on whether there was a power to remove … because there was a statutory process still in place”.

Mr Aleksov also said deporting the family was “literally life or death”. However, he conceded there was no evidence before the court about their risk of serious harm back in Sri Lanka.

Tamil Refugee Council spokesman Aran Mylvaganam said he had spoken to Priya and Nades from Christmas Island on Tuesday, when they relayed their jail-like conditions, surrounded by guards.

“The circle of guards have been ordered by Australian Border Force to capture every moment of their stay there on video,” he said.

“It is creating some sort of fear.”

But with lawyers continuing to argue for an injunction through the Federal Court, the family is unlikely to be deported before a “full and final” hearing at a later date. That remains to be scheduled.