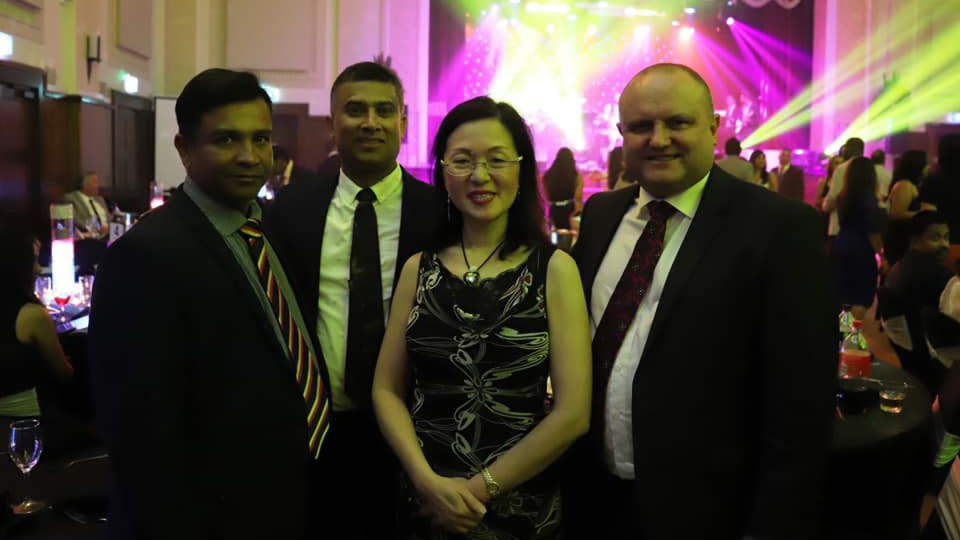 Junior Liberal frontbencher Jason Wood has been dragged into the mounting controversy surrounding Gladys Liu amid claims he has misused his parliamentary offices for party fundraising.

A former organised crime squad detective, Mr Wood defended the conduct as within the rules and by arguing Labor MPs had done the same thing.

The Pinnacle Club is spruiking a $750-a-head event to be held at a Melbourne cigar and whisky club, with Assistant Treasurer Michael Sukkar, Mr Wood and scandal-plagued Liberal MP Gladys Liu listed as the star attractions.

It has raked in around $200,000 over the past two years, a party fundraising operation Labor insists should not be run from a ministerial office.

“Jason Wood has been caught out using his parliamentary office as a fundraising vehicle for the Liberal party,” deputy Labor leader Richard Marles said.

“This is a clear breach of the ministerial standards, and it raises serious questions for the prime minister to answer.

“This is about the prime minister’s integrity and the type of government he wants to run.

“Prime Minister Scott Morrison needs to explain why this isn’t a breach of ministerial standards.

“Australian voters expect basic standards of conduct from elected officials and what appears to be going on here clearly looks like it fails the pub test.”

In question time on Wednesday, Labor sought to probe claims the fundraiser has raked in $200,000 for the Liberals over the past two years.

That is against AEC rules, which state that MPs cannot run party fundraising operations from taxpayer-funded offices.

The PM said the claims against Mr Wood were a beat-up.

“Prior to coming to question time today and indeed to now, I have no information in front of me that would suggest that any of the matters that they have alleged is falling foul of the standards,” Mr Morrison said.

“But I can tell you one thing wasn’t happening – no one walked into his office with a big plastic bag full of $100,000 and counted it out on the table like happens on Sussex Street on a regular basis, it would seem.”

Mr Wood said he had not breached the rules.

“This is a desperate stunt from Labor,” he said.

“Resources provided for contacting a member or their staff, such as email addresses, PO boxes etc. can be listed as contact details where parliamentarians or their staff are reporting to regulators such as the Australian Electoral Commission.

“It is not unusual for employees to provide their work contact details so that they can be reached during business hours for activities outside of their usual hours of work.

“This is a desperate stunt from Labor today, who have done exactly the same thing in the way they list addresses for reporting as in the case of Alicia Payne, Terri Butler and even Graham Perrett when he was holding a fundraiser for Anthony Albanese.”