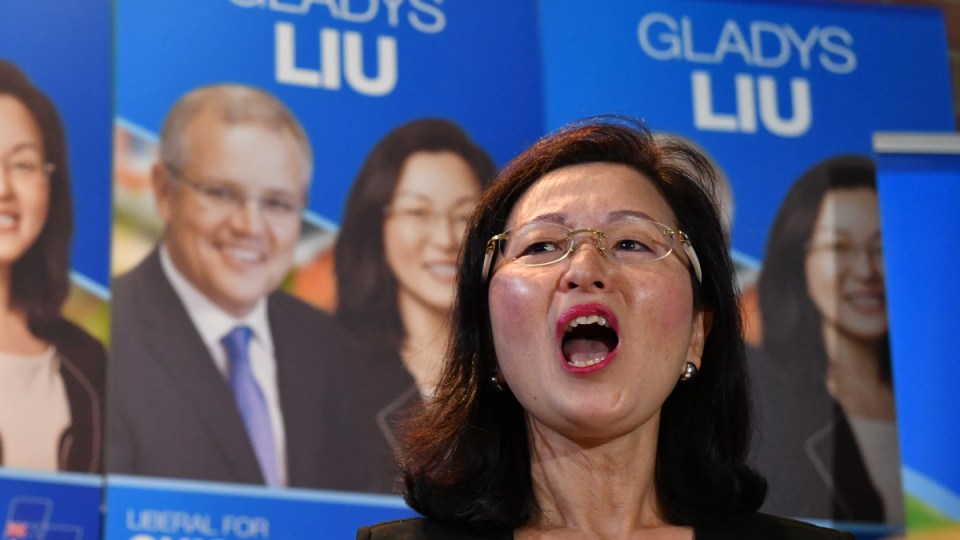 Gladys Liu is facing a federal court challenge to her May election, as does Treasurer Josh Frydenberg. Photo: AAP

Challenges to the election of embattled Liberal MP Gladys Liu and Treasurer Josh Frydenberg are set to go to trial in the Federal Court.

Justice Michelle Gordon made the direction on Wednesday in the High Court, sitting as the Court of Disputed Returns, to move the matter down so it could be dealt with more efficiently.

She believes the Federal Court will be better placed to handle issued over access to information.

Ms Liu and Mr Frydenberg, who hold federal seats in Victoria, are being challenged over alleged illegal conduct.

They were in the Australian Electoral Commission’s official colours of purple and white, had no Liberal branding, did not refer to the Liberal candidates or policies, and were in Chinese.

The translation of the words was: “The right way to vote: On the green ballot paper fill in 1 next to the candidate of Liberal Party and fill in the numbers from smallest to largest in the rest of the boxes”.

The matter has been taken to court by Oliver Yates, one of the former candidates for Mr Frydenberg’s seat for Kooyong, and retired social worker and climate campaigner Leslie Hall.

At a directions hearing on Wednesday, Lisa De Ferrari SC, acting for Mr Yates and Ms Hall, said her side had hoped lawyers for the MPs would agree to hand over information.

But she said it hadn’t happened, making it necessary for the court to issue orders to help them get it.

Justice Gordon said such an order was not something the Court of Disputed Returns would ordinarily do, deciding instead it would be better for a trial judge at the Federal Court to deal with.

Ms De Ferrari said she believed the other side would be withholding either way.

Lawyer for Mr Frydenberg and Ms Liu, Philip Solomon QC, said his side was going to make “substantial admissions”.

“It may be that those admissions have the consequences that many of the documentary requests fall away,” he told the court.

But he acknowledged that “knowledge” remained an issue, with Justice Gordon therefore directing the matter be sent to the Federal Court for trial.